Continuing after a failed print

Since I had to leave before my print was finished, I unplugged the machine hoping it would continue the next day where it left of, just like the Prusa i3 does. Unfortunately that did not work, so I tried to figure out a way to continue the print manually. I found multiple tutorials and I decided to combine the following comment with the second method from this website.

What I do is measure the height of the print using digital calipers. Open your slicing software and offset the Z on the print that amount. The idea is that the bottom of the print is below the bed surface and the resume point is where your print starts. Be sure to disable your start up script (bed level, purge nozzle, etc), skirts, and rafts. I also start the first couple of layers a little hotter too. This will help it bond better to the cold print. If your bed isn’t to far out of level and your measurement is good, it’ll work. Good luck. source 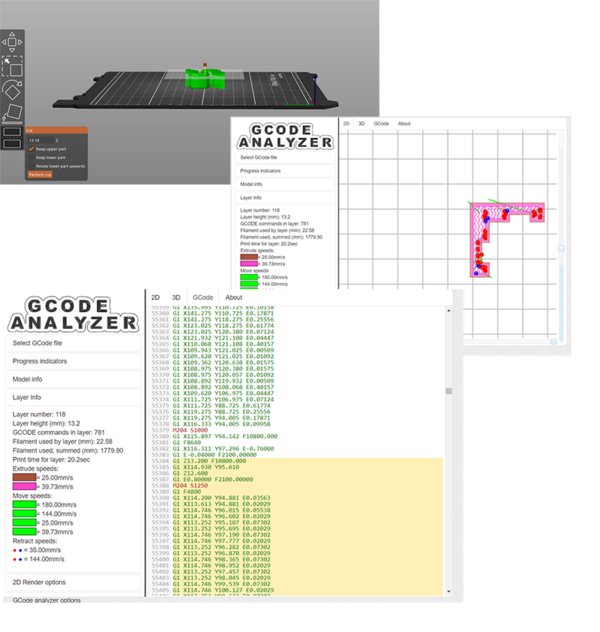 The offset I measured was 13.18mm and using GCode viewer I found the closest layer (13.20mm) then I deleted all of the already printed layers in the gcode. I also added a line in the setup hoping it would let the extruder approach the model from the correct height (at least, I hoped it would do that. I added “G1 Z15.0 F13200 ;”). According to the tutorials it should have been there already but since I use PrusaSlicer my gcode is a bit different.

When I finally thought the file should be OK I started the print - and the extruder immediately bumped into my print and knocked it from the glass plate. So that did not work in the end but I will try again in the future.

My print was going fine until a colleague accidentally touched the restart button, so this will be the second try to modify the gcode. Using GCode viewer I could tell that my print stopped halfway through layer 19. I will continue printing from layer 20, so I looked for that layer in GCode viewer and deleted all previous layers in the gcode. This time I added a line to set the feed rate for the first move, and that worked so that’s probably what went wrong the first time I tried to continue the print.

This is the fourth version of the test code to see if the Z-axis moved as specified.

I did notice that when I continued the print, it seemed to continue from layer 18 rather than layer 20 so I am not sure if GCode viewer pointed me to the wrong layer. Below the code after the standard PrusaSlicer setup.

For my third encounter with continuing a print, I wanted to solve the issue that the print seemed to start with the wrong layer. Using gcode analyser I found that the layer height specified on the left actually was the height of the nozzle when ‘hovering’ over the model to the next point to print. This can be seen in the gcode on the right: the first Z value corresponds to the layer height on the left. The second value however is the actual layer height that is being printed. The values correspond to the Z values on the screen when I stopped the print, and when I modified the gcode to continue from layer 55, it worked as intended. 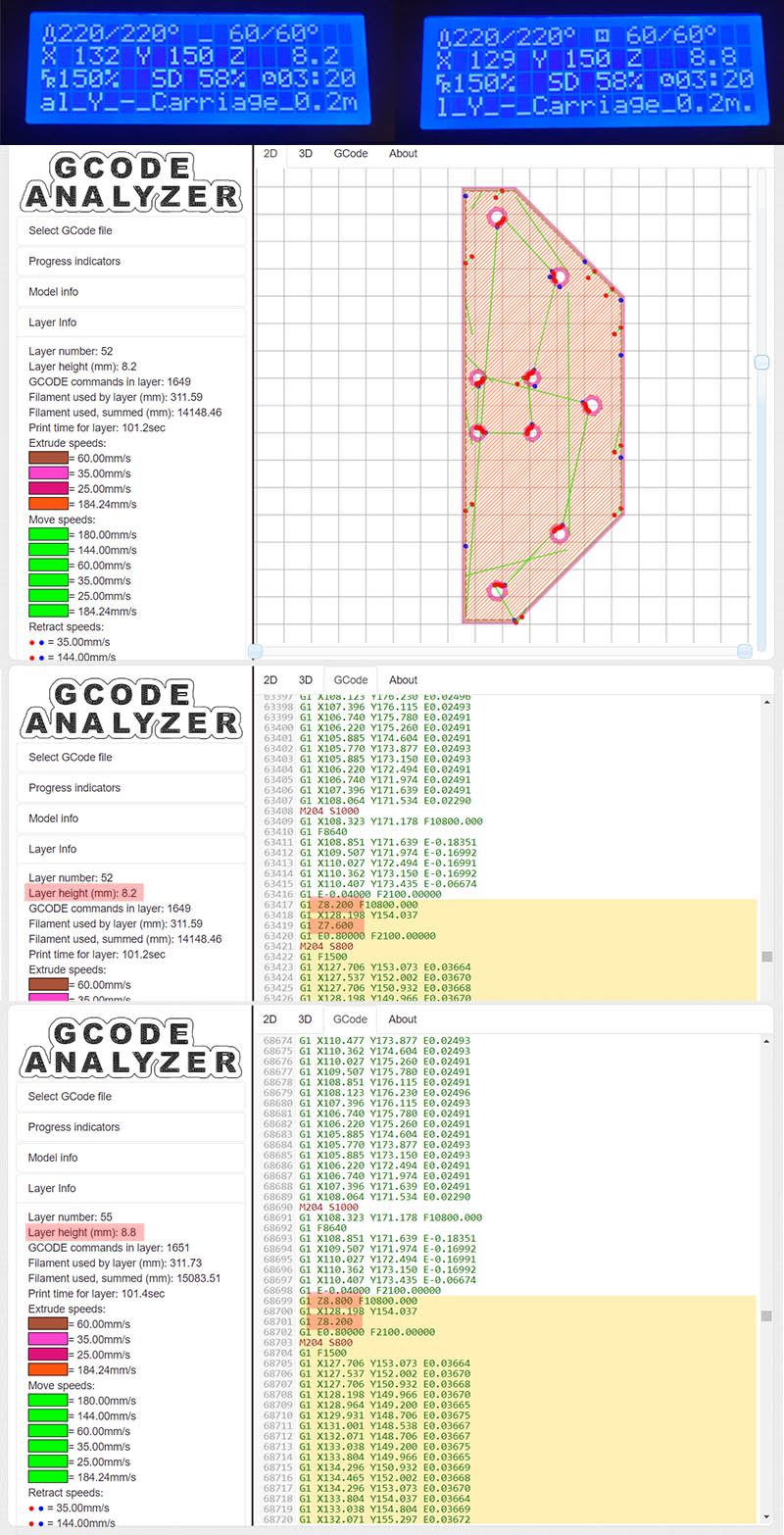 Another thing that should be kept in mind when continuing a print is that when the bed cools down, the temperature drop causes the material to shrink. Because of this the print is not sticking to the bed properly anymore and can be moved easily by the nozzle. By taping the brim to the bed, this can be avoided but it is not a foolproof method.