Additive manufacturing processes are inherently subject to discretization effects. For most technologies, stair-stepping artifacts impair the surface quality of 3D printed objects, especially when the surface slope is close to horizontal.

In this video we propose a novel Fused Deposition Modeling (FDM) slicing approach that combines nonplanar and planar layers, increasing printing quality and resulting in smoother, stronger object surfaces. Our slicing algorithm automatically detects which parts of the object should be printed with nonplanar layers and uses a geometric model of the printhead and extruder to generate collision-free toolpaths.

Our open source implementation is based on the popular Slic3r tool and can be used on all common three-axis 3D printers. We present typical printing results and compare surface quality as well as slicing and printing times with traditional and adaptive planar slicing.

As there is no build for Windows of this application, I have to use a workaround if I want to use this software. Windows 10 includes an underlying “Windows Subsystem for Linux” that allows Windows 10 to run Linux software by translating Linux system calls to Windows system calls (see https://www.howtogeek.com/261575/how-to-run-graphical-linux-desktop-applications-from-windows-10s-bash-shell/ for more information). I am following these steps:

First, you need to open Powershell as administrator and run

You will be prompted to restart. After restarting you have to download a Linux distribution; I picked Ubuntu 18.04 LTS. Once this has finished downloading and installing, you need to complete initialization of your new distro. For this you need to launch the distro (distribution package). The first time a newly installed distro runs, a Console window will open, and you’ll be asked to wait for the installation to complete. Then you will be prompted to create a new UNIX account (you will only be prompted for this password when you elevate a process using the command sudo).

I am also installing an X server (Xming is recommended on the howtogeek tutorial so I use that one) so I can use a GUI (Graphical User Interface) because this is not included in the Linux Subsystem for Windows.

Microsoft doesn’t want to spend any time working on graphical software, as this feature is intended for command-line developer tools. But the main technical reason that graphical applications aren’t supported is that they require an “X server” to provide that graphical interface. On a typical Linux desktop, that “X server” automatically appears when you boot your computer and it renders the entire desktop and the applications you use.

Before launching an application, you have to set the “DISPLAY” environment variable to point at the X server (otherwise it will not work).

To do this, run the following command in the Linux Bash environment:

export DISPLAY=:0 This setting only applies to your current Bash session. If you close the window, Bash will forget it. You’ll have to run this command each time you reopen Bash and want to run a graphical application.

From now I am following the instructions from the Github. Before I could run the first command, I had to update using sudo apt-get update because it was not able to locate any packages (probably because some settings were disabled before the update, see https://askubuntu.com/questions/378558/unable-to-locate-package-while-trying-to-install-packages-with-apt). Also, do not make the same mistake as me by trying to use Powershell to get the repository, because Ubuntu cannot locate it. Follow all of the steps using Bash.

Something to keep in mind is that you cannot just open files located on Windows in the subsystem, but you can move them using Bash into Ubuntu. You can access your Windows directory via /mnt/c/ (Windows Sub-System for Linux provides you access to the Windows 10 system drive by mounting the C:\ . On Linux if you go to you root directory and list all directories, then you will notice a /mnt/c/ which is Windows 10 C:\ mounted on Linux. source)

I will be using the Tevo Tarantula. I wanted to use the Prusa MK3S but the nozzle is completely surrounded by parts so modifying the Tevo will be easier. I found the following fan duct that I hope will not cause any collisions with my nonplanar print. 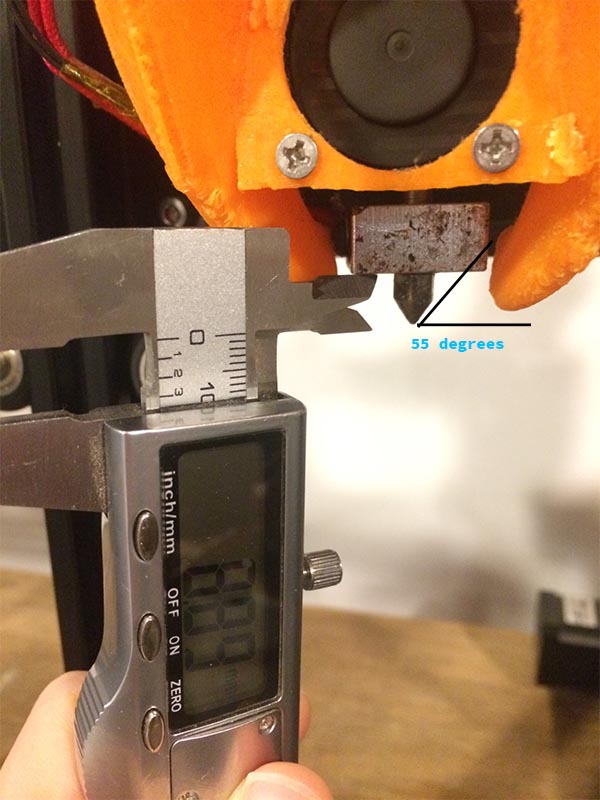 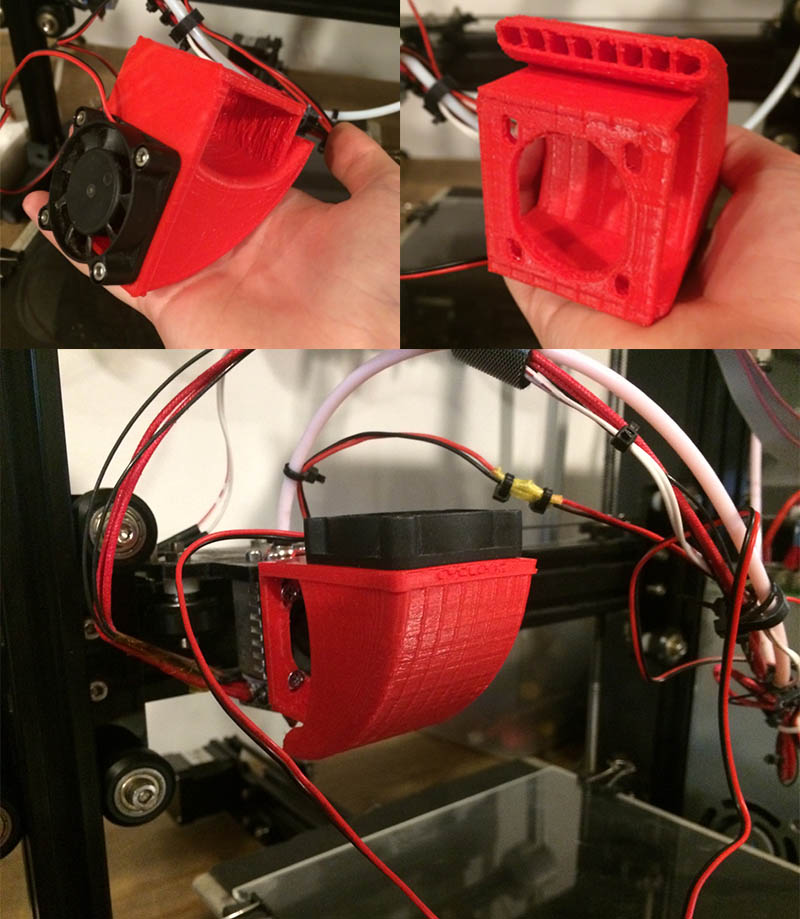 Note: I did have to sand the holes for the 30mm fan as they were too far apart.

Preparing the testfile I used Fusion360 and 3D Builder (I also used the Image 2 Surface add-in but that gave me a hollow body that I could not use so I used 3D Builder instead). However my file did not work with nonplanar slicing so I used a standard testfile from thingiverse. This may have to do with a bug in the software (https://github.com/Zip-o-mat/Slic3r/issues/4) creating false positive collisions.

I wondered why the planar test I got from thingiverse worked, but everything I tried would not generate nonplanar layers. Then I realized that the top surface of the model is quite flat while all of my tests had much more convex outer shapes. I then played around with the cut tool in Slic3r (keeping the bottom part) and that seemed to do the trick. I hope that in future releases it will be possible to use convex shapes but for now I think it’s good to keep this in mind.

This is the nonplanar test from thingiverse: 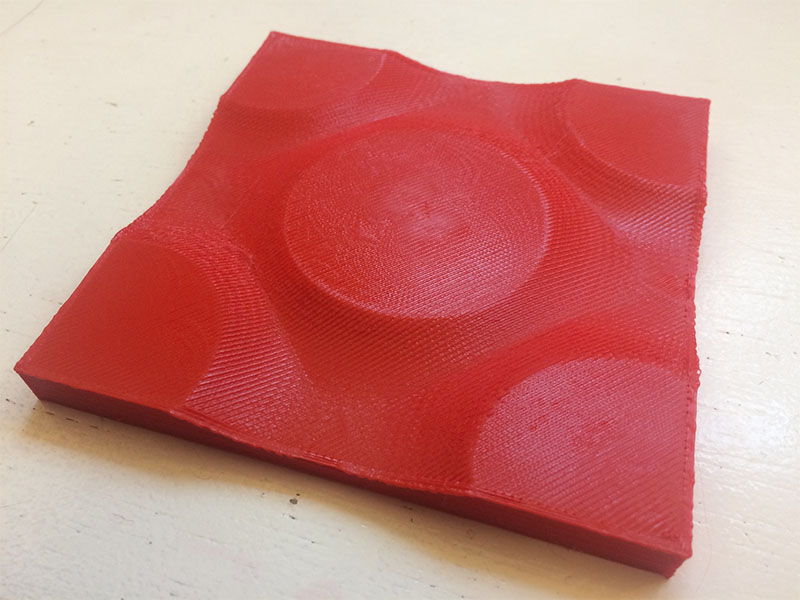