Since my 3D printing samples on fabric were laying around everywhere, I wanted to make a box with a lid for them. This box was designed keeping the restrictions of a CNC milling machine in mind. 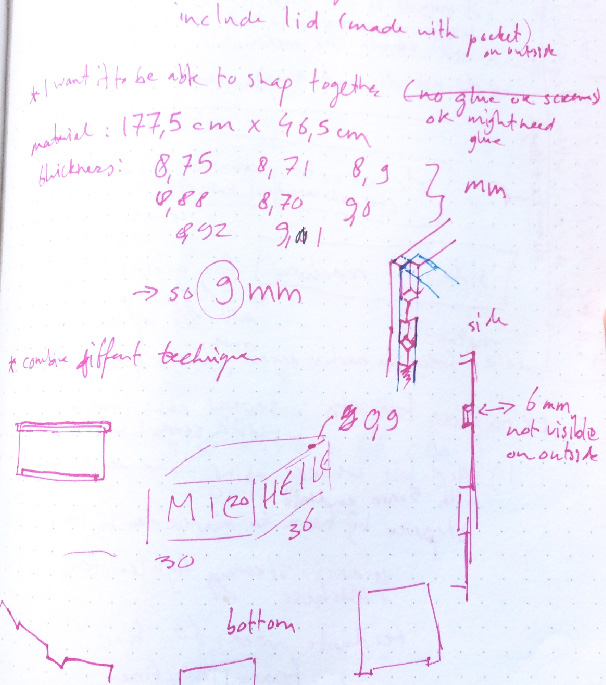 I first started to design the box in Illustrator, but I quickly realized that this required a lot of imagining what the box would look like. I switched to Fusion360 so I could actually see in 3D what I was doing. Since I didn’t have a lot of experience with Fusion360 and didn’t know where to start, I followed this tutorial (this is part one of four). You can skip the third and fourth video if you don’t need any rendering and just need to the plans for the CNC machine.

To make a CAM layout I tired using the align tool recommended in this tutorial. However, exporting the file as a dxf gave me a lot of issues so after that I projected all parts onto separate sketches.

Below my process of modeling the box.