This printer doesn’t have a build-in display like the Prusa and Ultimaker. Printing is done directly from the computer via USB cable. The recommended software for this is Pronterface, an open source ‘3D printing host software suite which talks to your printer and handles the printing process’. However you can also print straight from Ultimaker Cura, which is what I did. I would recommend using Pronterface though, since Cura offers limited control over the printer.

THe first few tests failed because the print wouldn’t adhere to the bed. Initially there was blue painter’s tape on the printer but it was dirty so I replaced it with a new layer. This was cheaper tape that was less firm and sticky, so when the bed heated up it curled up a bit at the corners.

The first try with blue paper tape (the printer went way too fast):

The second try with a fresh layer normal (but cheap) painter’s tape turned out even worse, with the filament not adhering at all and sticking to the nozzle: 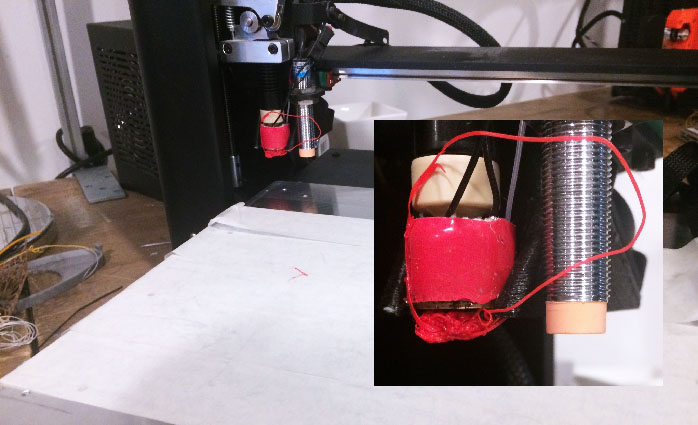 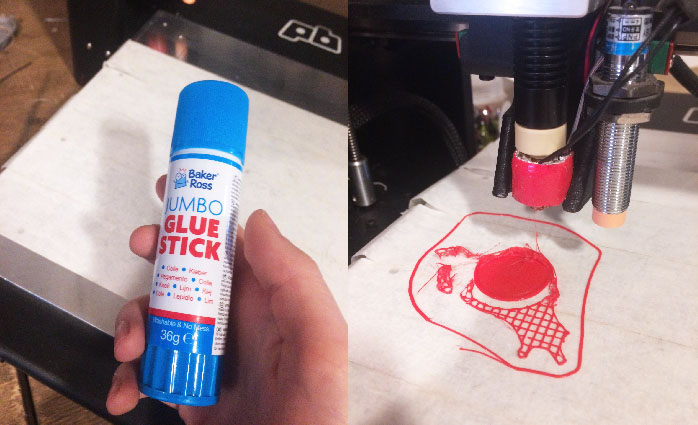 Finally, using glue stick on painter’s tape and lowering the speed (50%) for the first layer as well as adding a brim did the trick. I also decreased the flow, but I should not have done that as you can clearly see the separate layers. 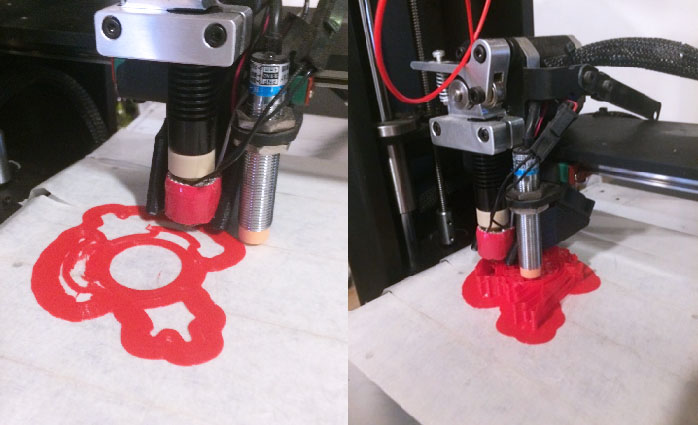 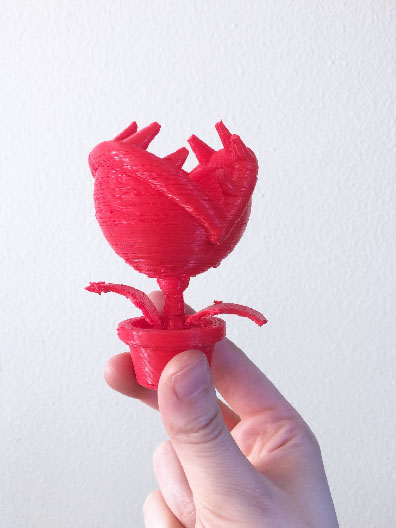 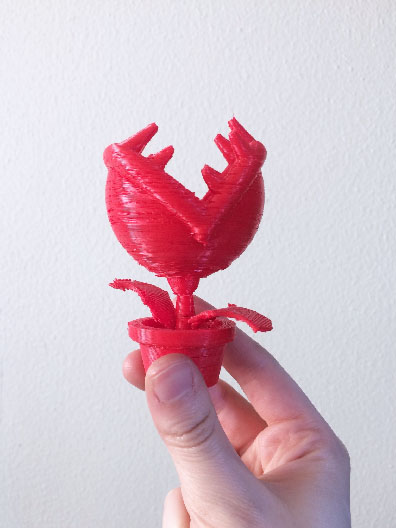