I’m gonna make the Waag logo emit light with NeoPixels, with 3 modes that you can switch between: white light that can be dimmed with a pot meter, color that can be changed with the same pot meter, and rainbow mode (a standard NeoPixel option). 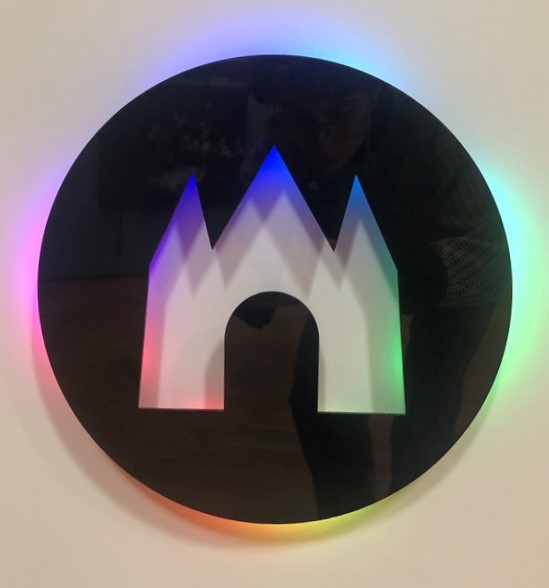 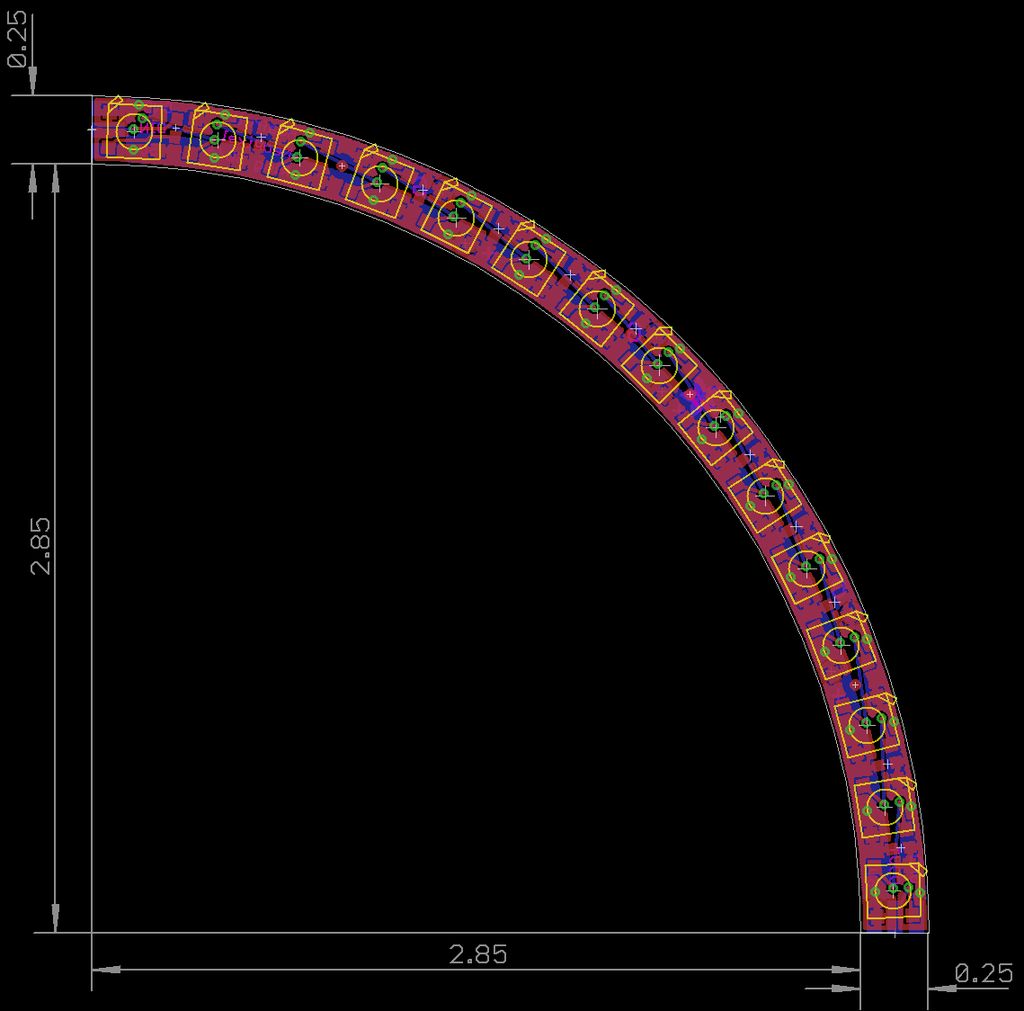 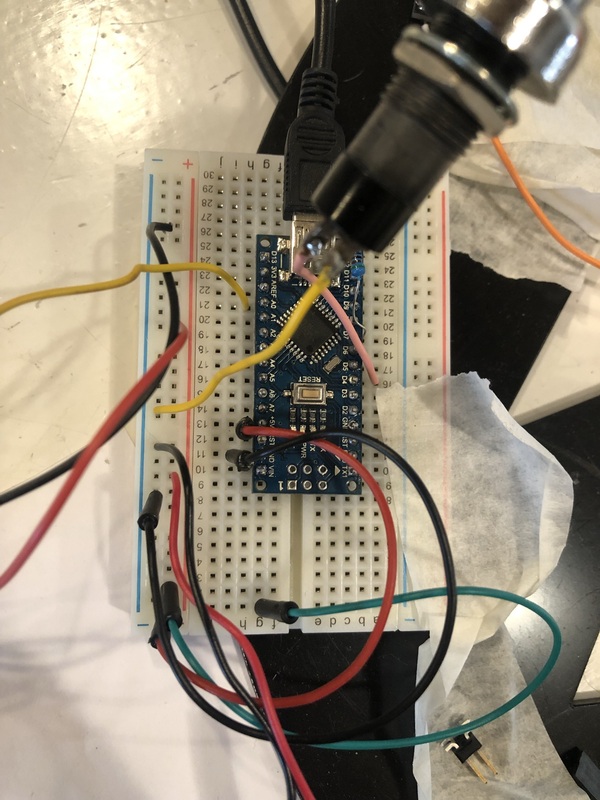 First I soldered the NeoPixel quarter rings into a circle. I used wires of about 10cm long so I could make a wider circle; since we want to mount the NeoPixels to the Waag logo it won’t be (too) noticable that the circle is interrupted. Below you can see the soldered neopixels and a sneak preview of the milled PCB. 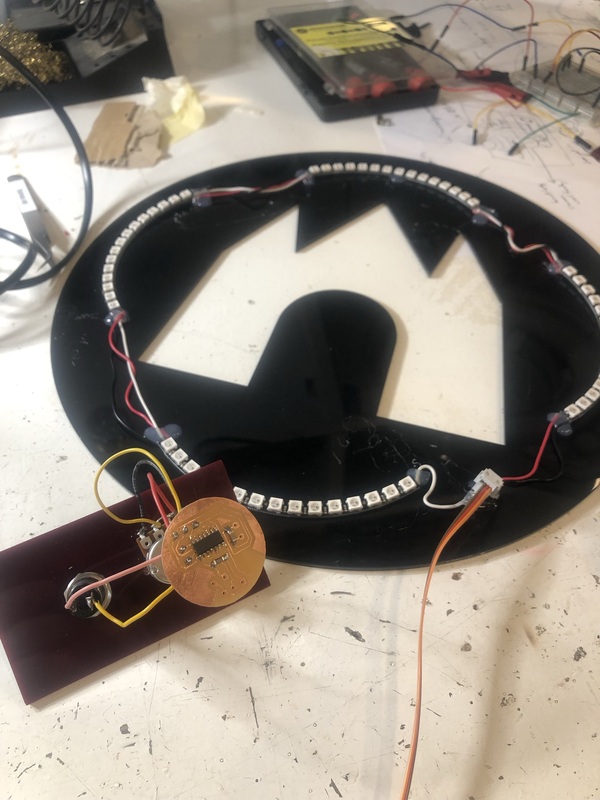 Notes on the code:

Project schematic (including the capacitor mistake for the neopixel ring). 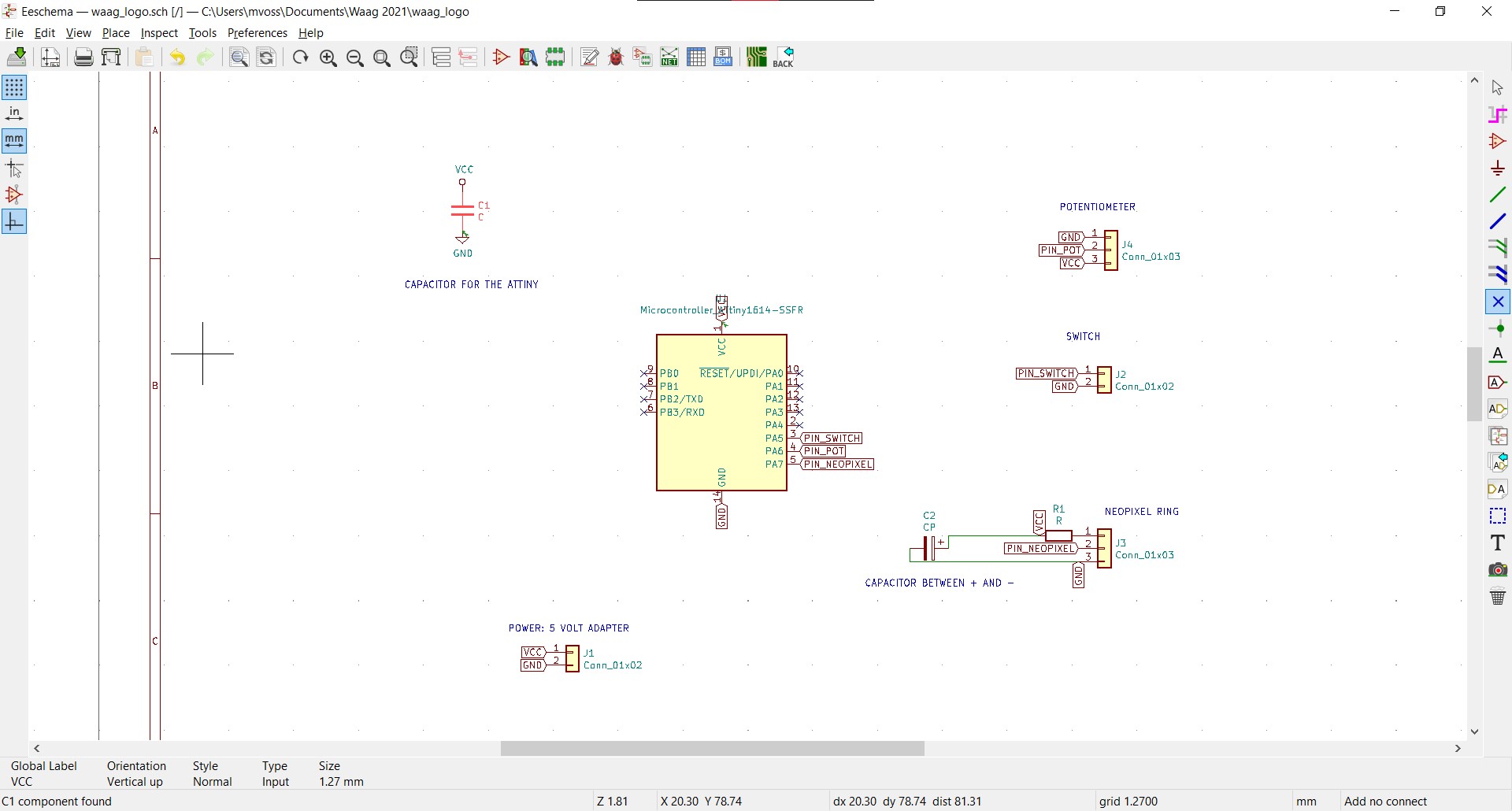 This is where I assigned all components that I was going to add with wires to through-hole solder pads.

Final design with the rat’s nest all sorted out: 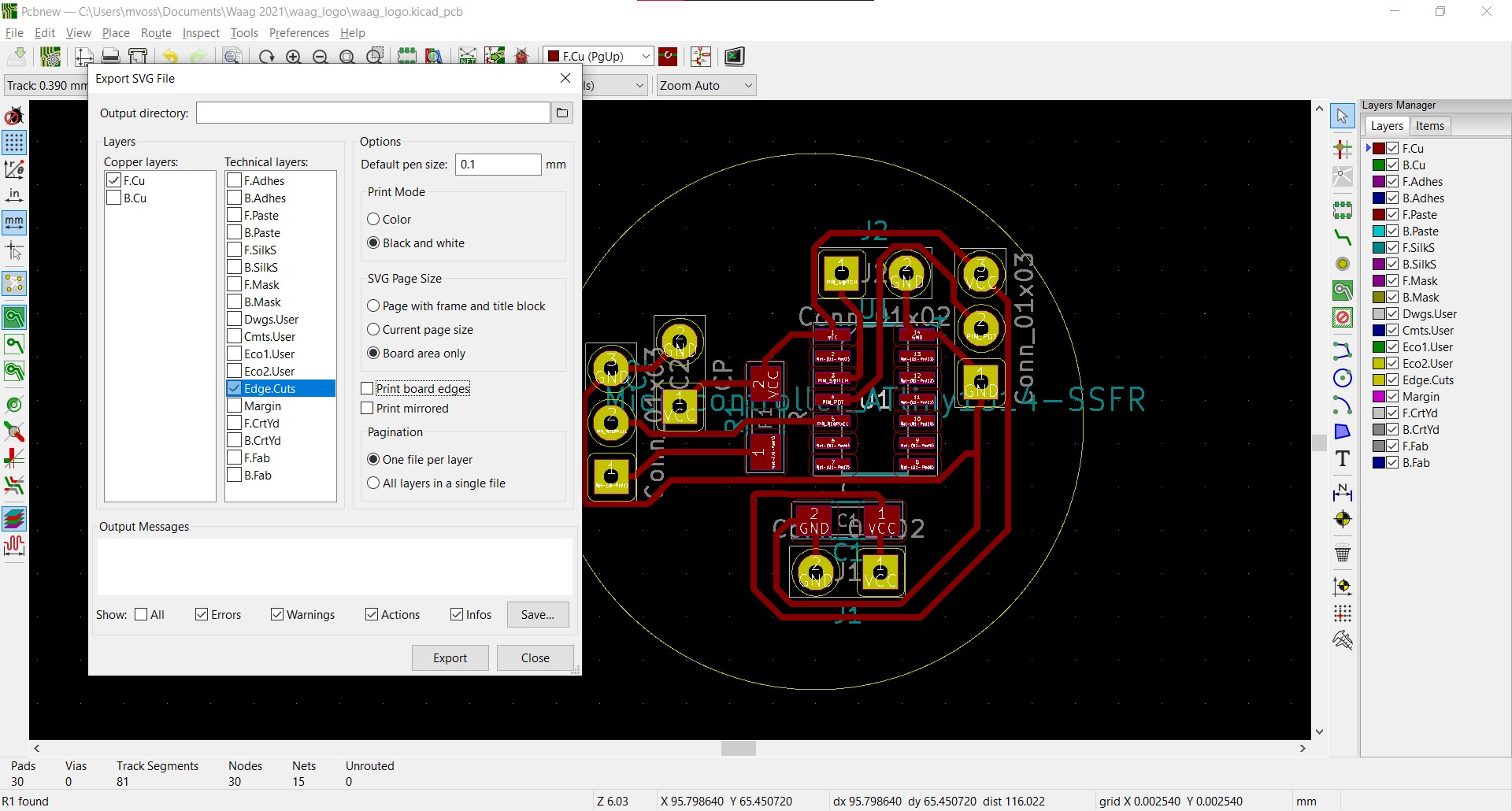 3d preview of the board: 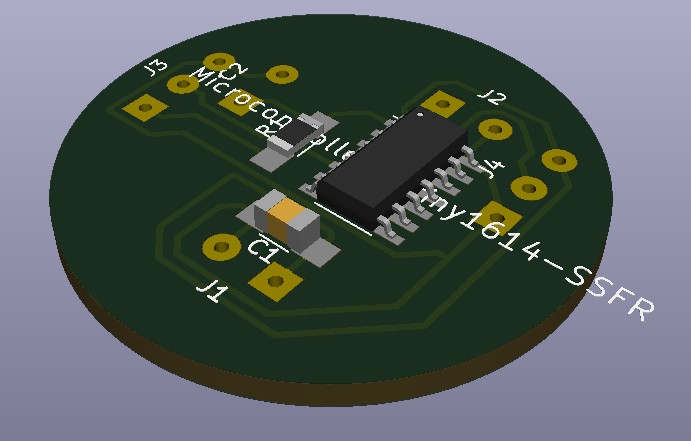 Below collage summary of milling the board. It wasn’t too eventful except that the through holes didn’t properly cut all the way through, so I used the milling bit afterwards to push through the holes. 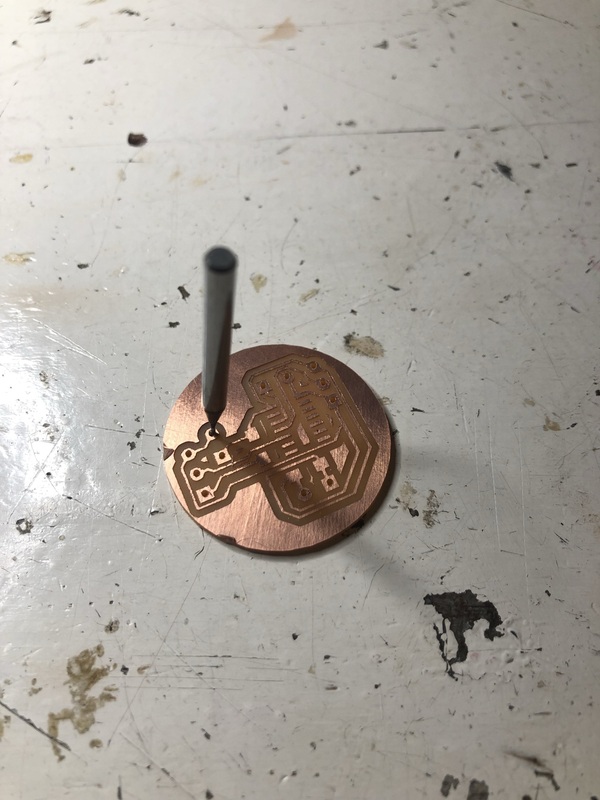 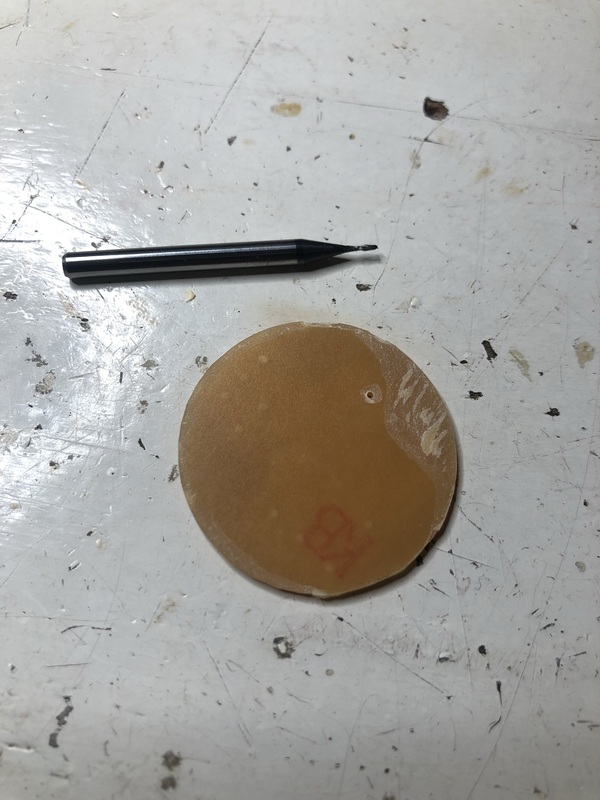 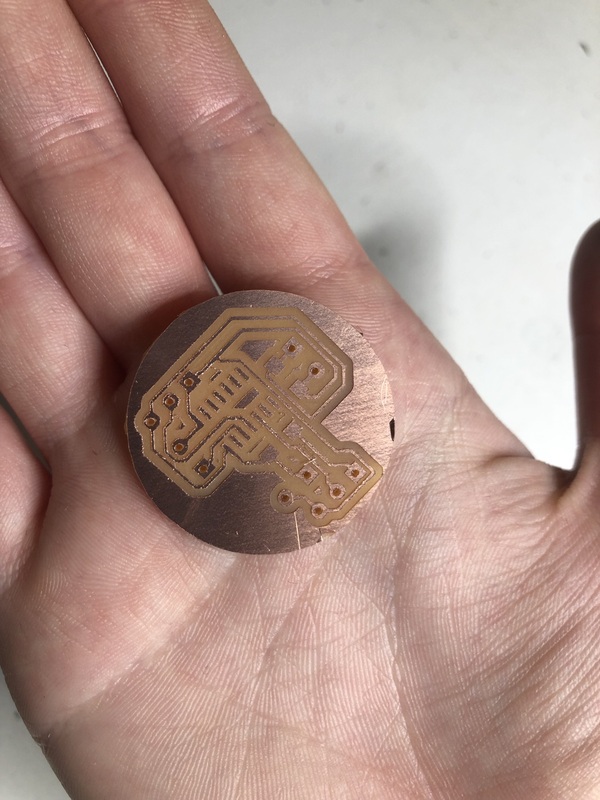 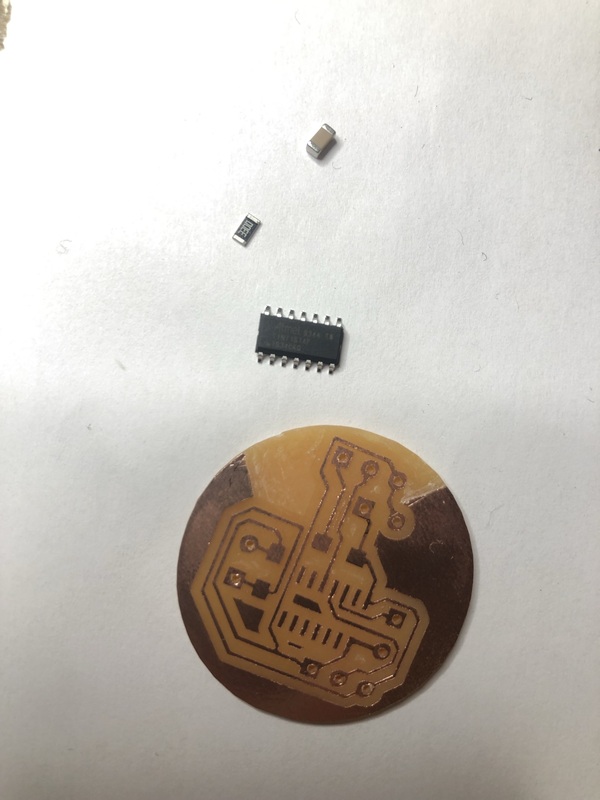 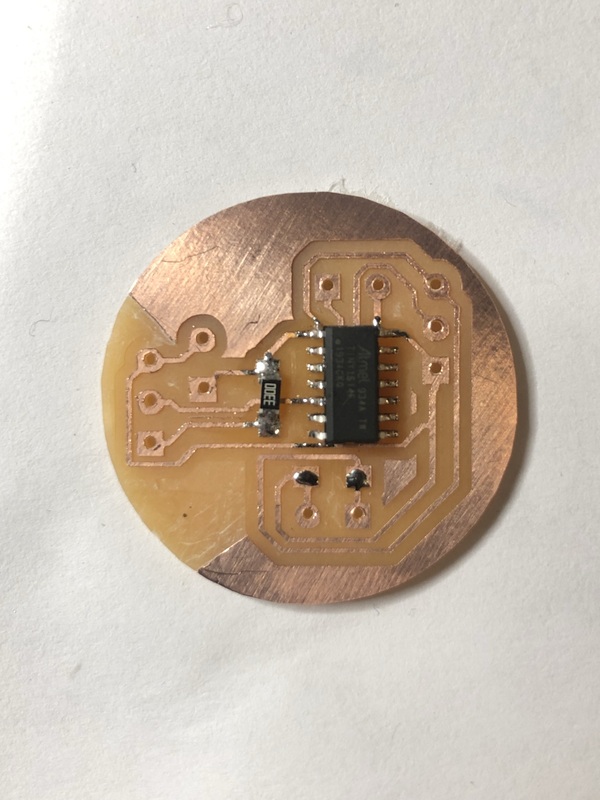 I accidentally connected the 330 Ohm resistor to the power instead of the data pin in KiCad and only found out that that happened when I was already done milling, so I added a 0 ohm resistor in place of the 330 one, removed a bit of the trace between the data pin and the ATTiny and added it there. 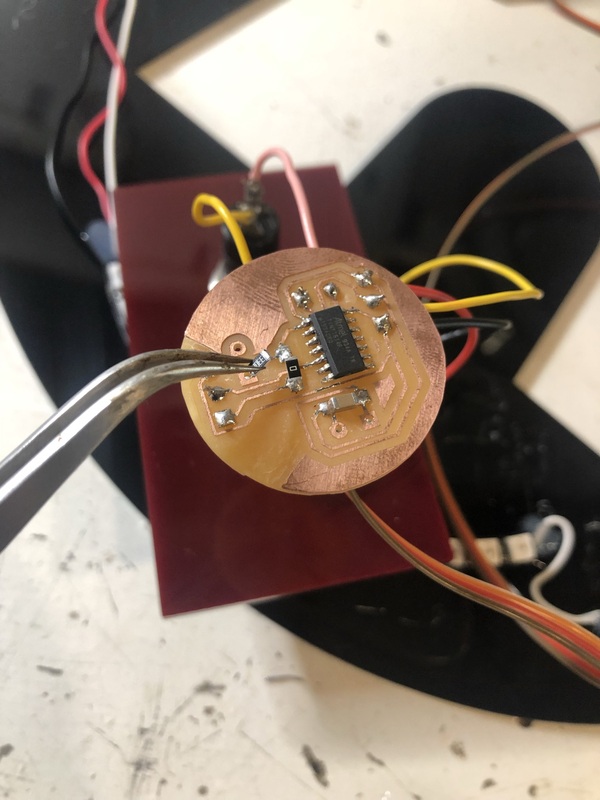 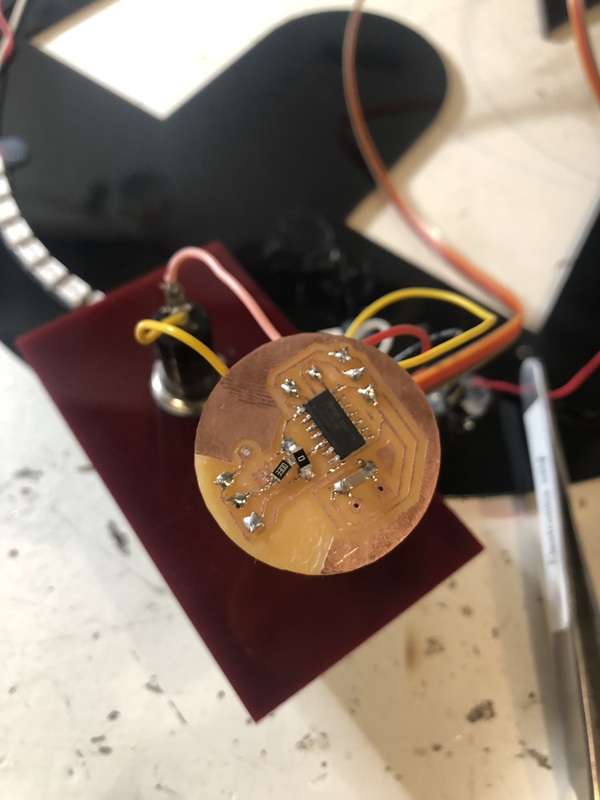 I used these specific hooks/claws (I forgot the name) to attach to the individual legs of the chip to program them. You can use these if you haven’t added a connector for a programmer. 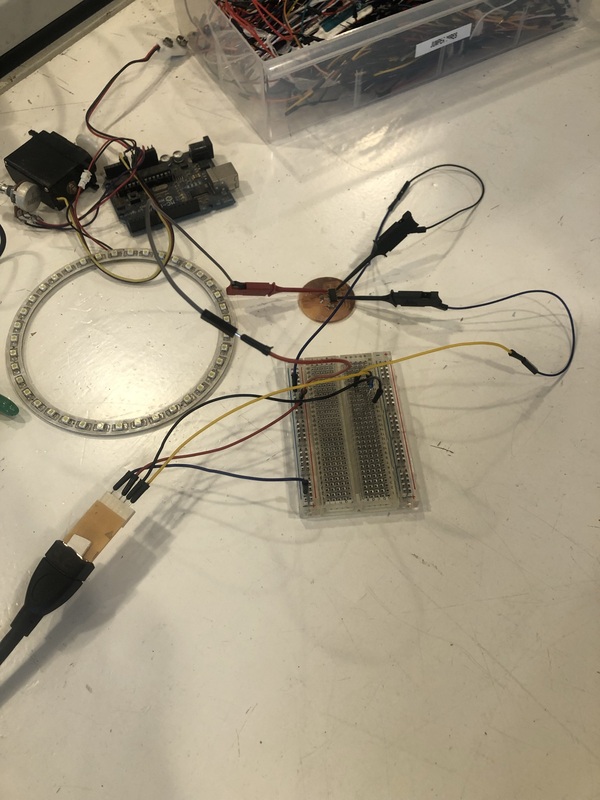 First prototype of the box: 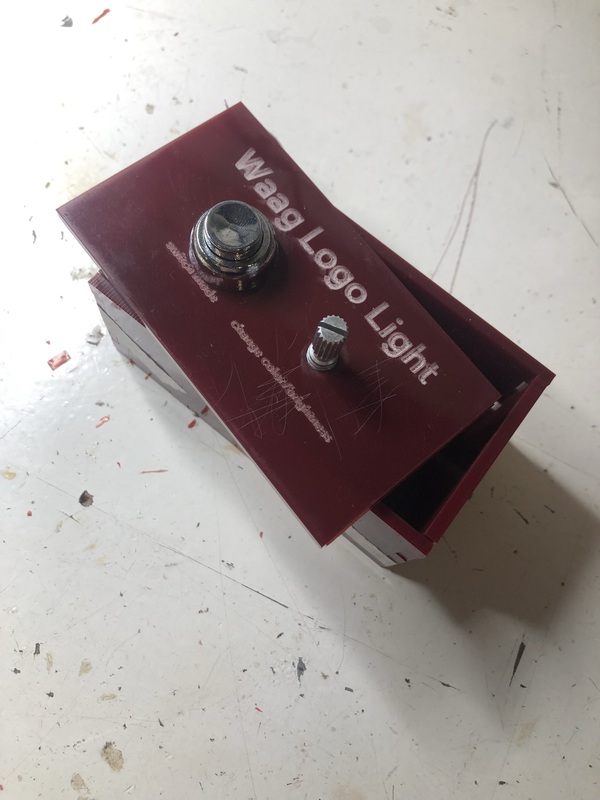 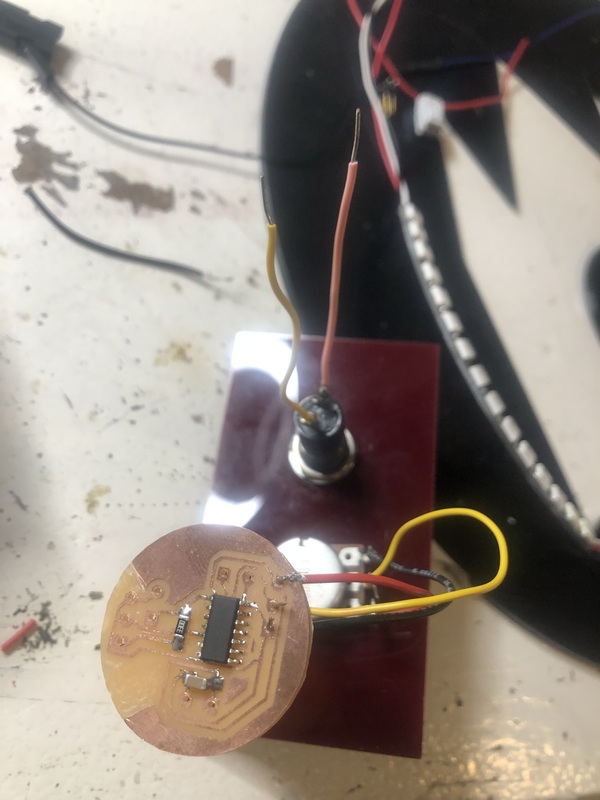 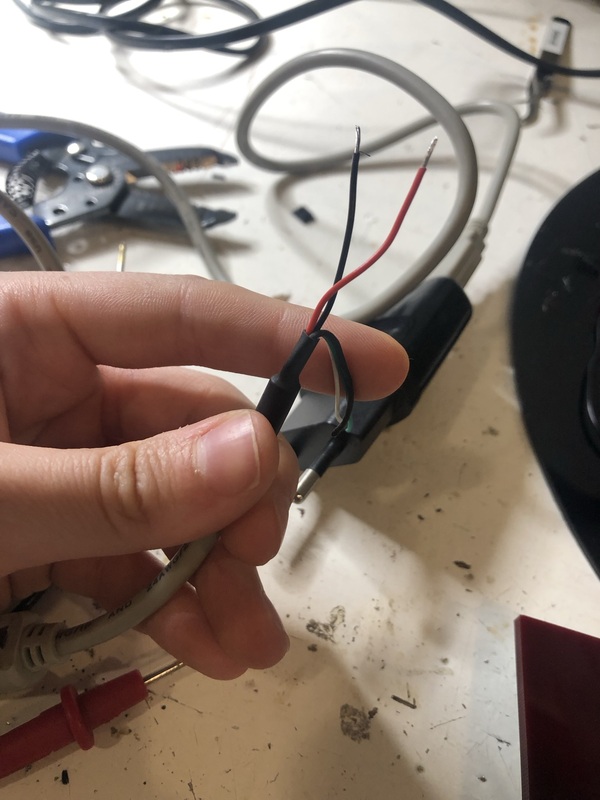 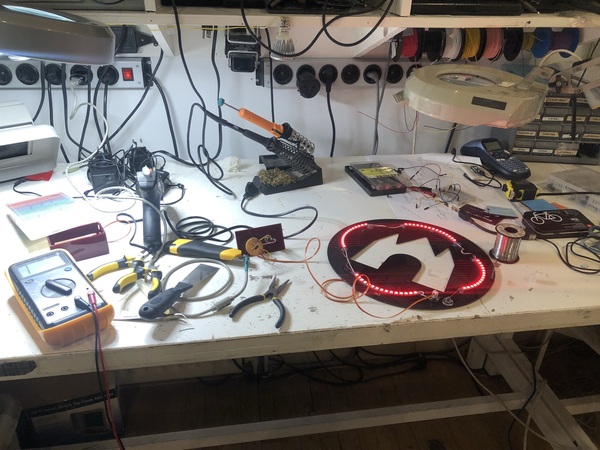 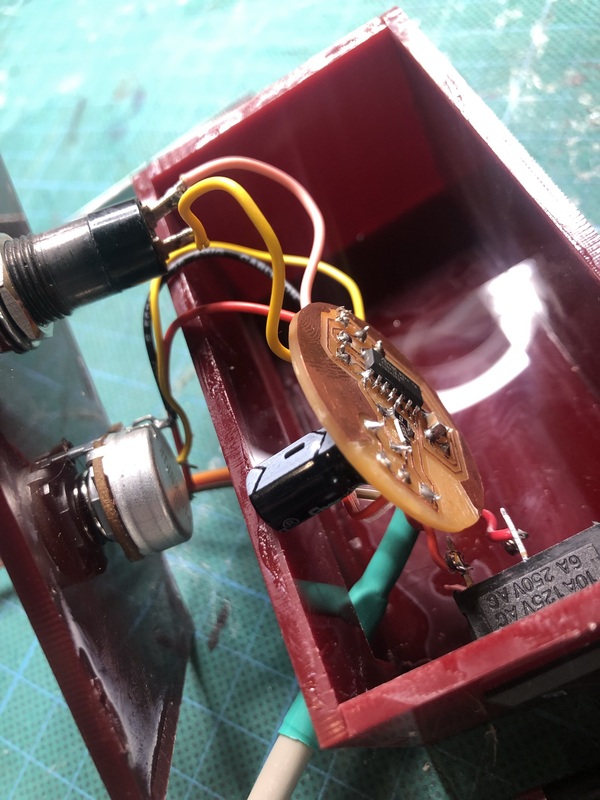 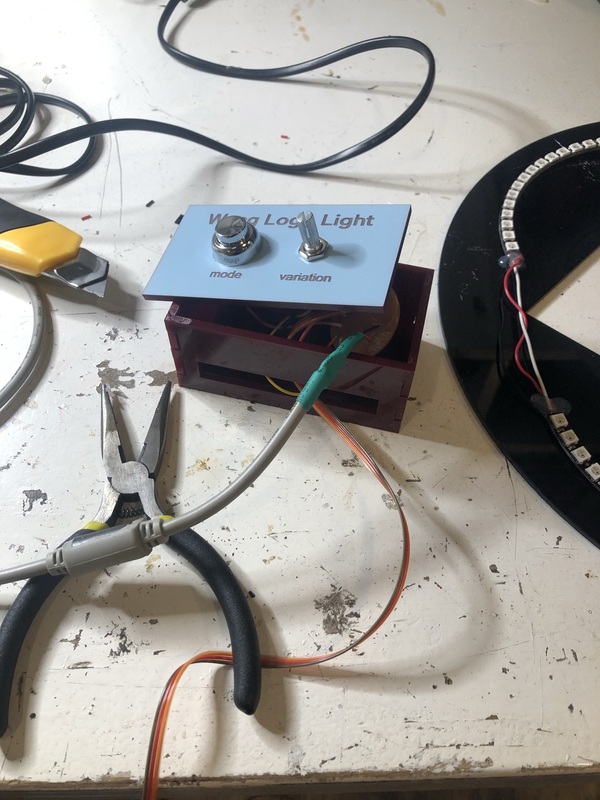 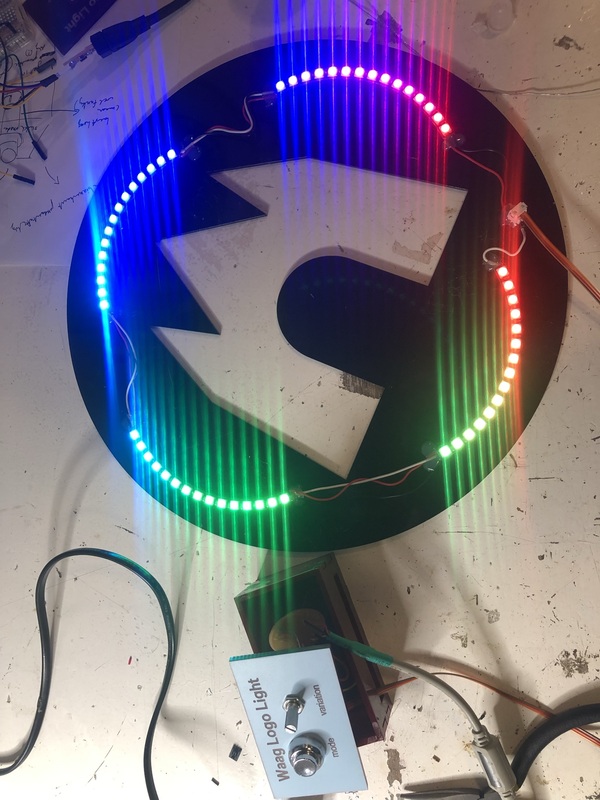 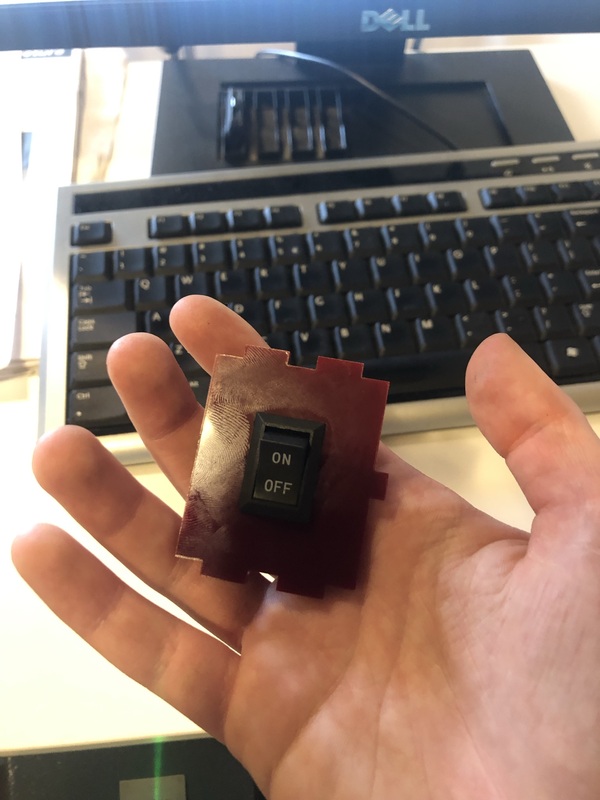 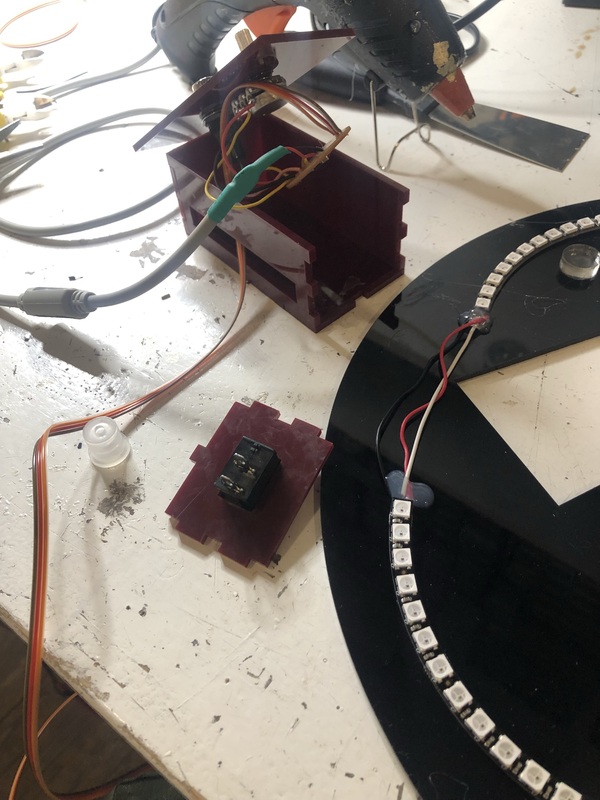 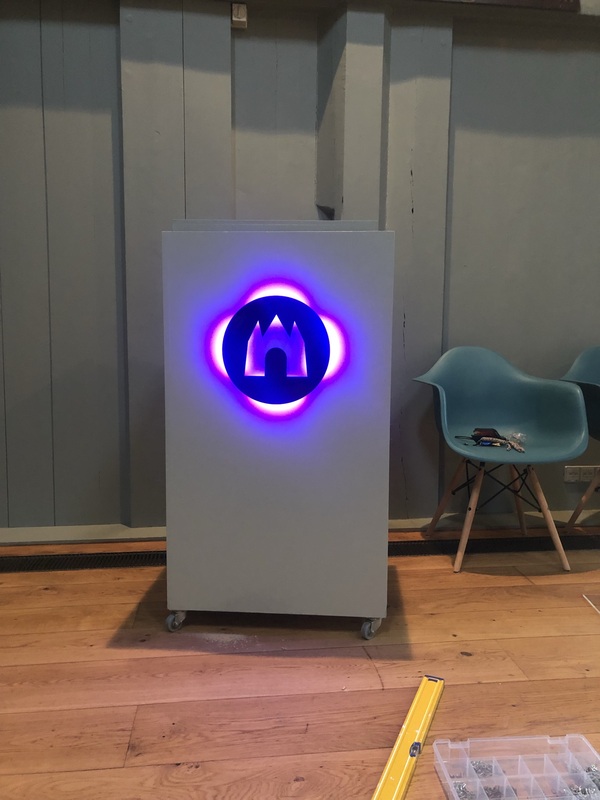 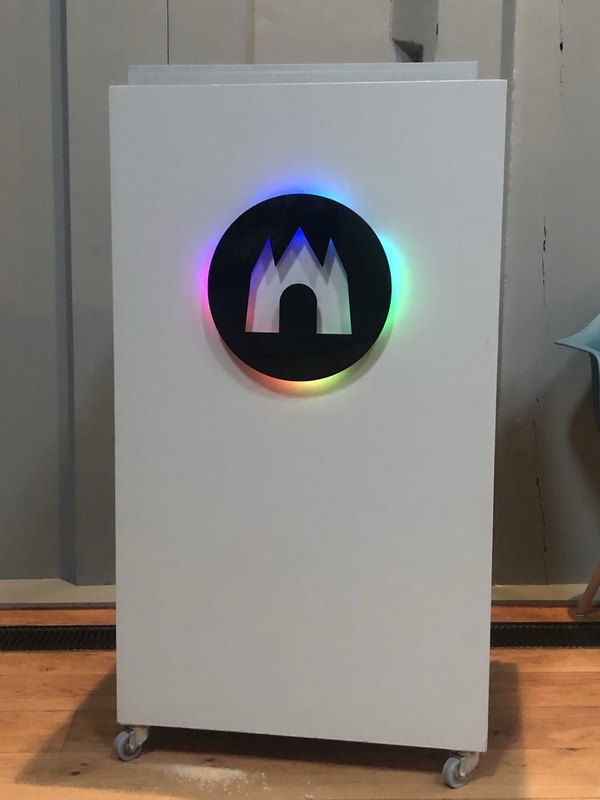 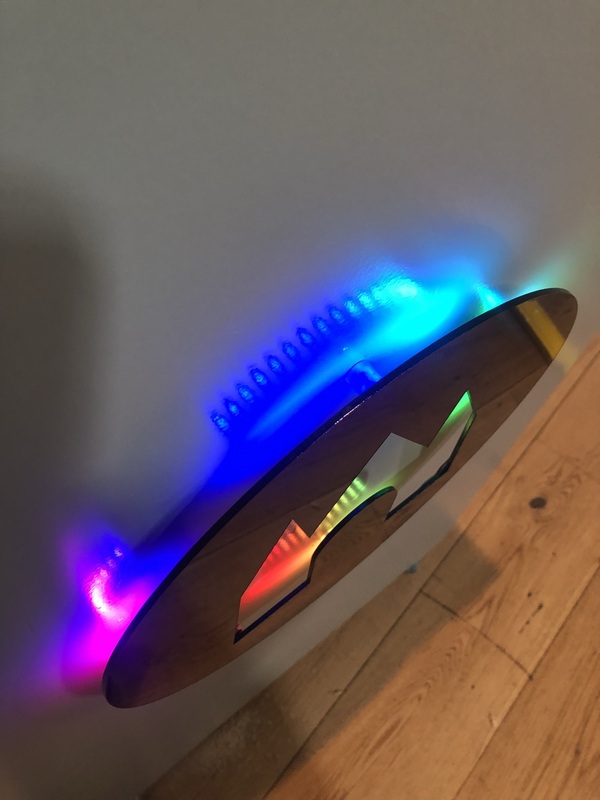