In the broadest definition, a sensor is a device, module, machine, or subsystem whose purpose is to detect events or changes in its environment and send the information to other electronics, frequently a computer processor.

Most sensors have a linear transfer function. The sensitivity is then defined as the ratio between the output signal and measured property. In addition, an offset is frequently added or subtracted. For example, −40 must be added to the output if 0 V output corresponds to −40 C input.

For an analog sensor signal to be processed, or used in digital equipment, it needs to be converted to a digital signal, using an analog-to-digital converter.

It is a device, whose resistance varies according to intensity of light it is subjected to. More light means less resistance and vice versa. 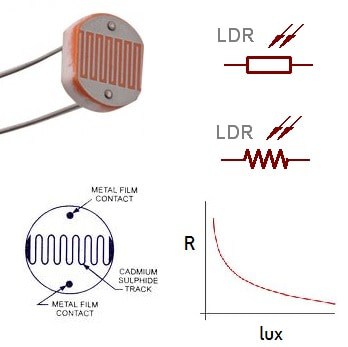 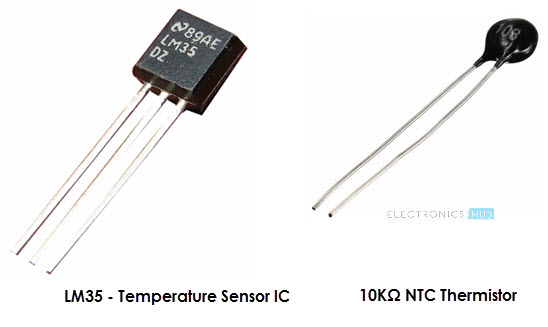 Proximity sensors can have a high reliability and long functional life because of the absence of mechanical parts and lack of physical contact between the sensor and the sensed object. 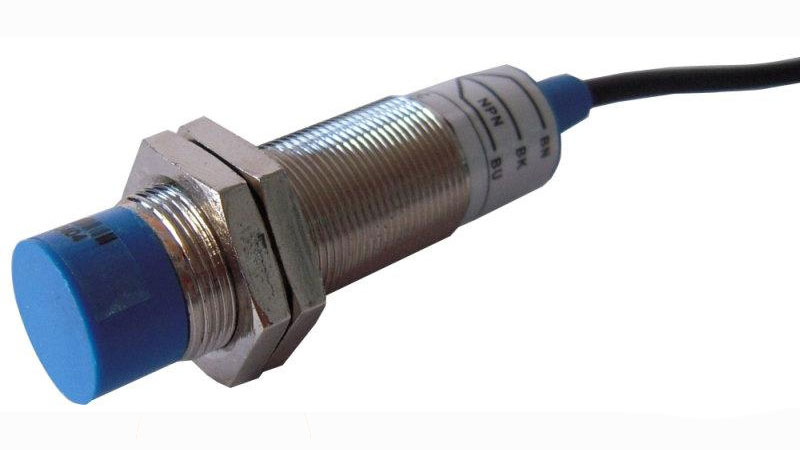 Accelerometers are devices that measure acceleration, which is the rate of change of the velocity of an object. They measure in meters per second squared (m/s2) or in G-forces (g). A single G-force for us here on planet Earth is equivalent to 9.8 m/s2, but this does vary slightly with elevation (and will be a different value on different planets due to variations in gravitational pull). Accelerometers are useful for sensing vibrations in systems or for orientation applications. 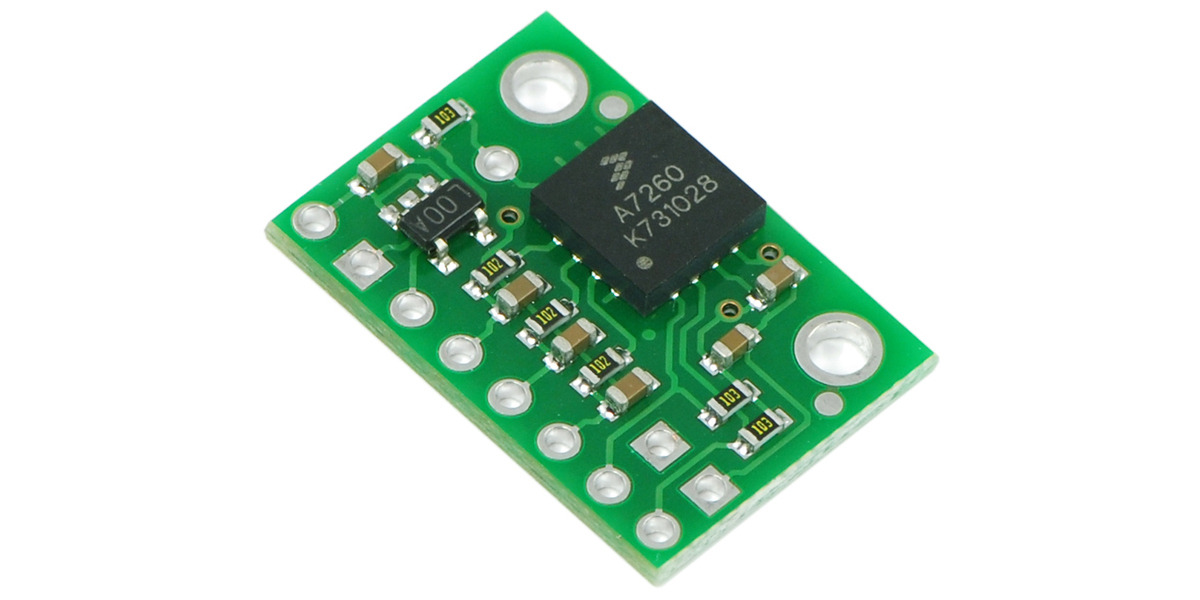 There are two types of Infrared or IR Sensors: Transmissive Type and Reflective Type. In Transmissive Type IR Sensor, the IR Transmitter (usually an IR LED) and the IR Detector (usually a Photo Diode) are positioned facing each other so that when an object passes between them, the sensor detects the object.

The other type of IR Sensor is a Reflective Type IR Sensor. In this, the transmitter and the detector are positioned adjacent to each other facing the object. When an object comes in front of the sensor, the sensor detects the object. 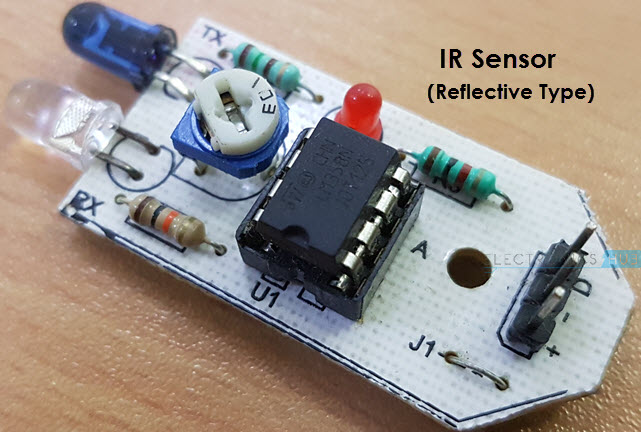 An electronic sensor that measures infrared (IR) light radiating from objects in its field of view. They are most often used in PIR-based motion detectors (security alarms, automatic lighting applications). PIR sensors detect general movement, but do not give information on who or what moved. For that purpose, an active IR sensor is required. The term passive refers to the fact that PIR devices do not radiate energy for detection purposes. They work entirely by detecting infrared radiation (radiant heat) emitted by or reflected from objects. 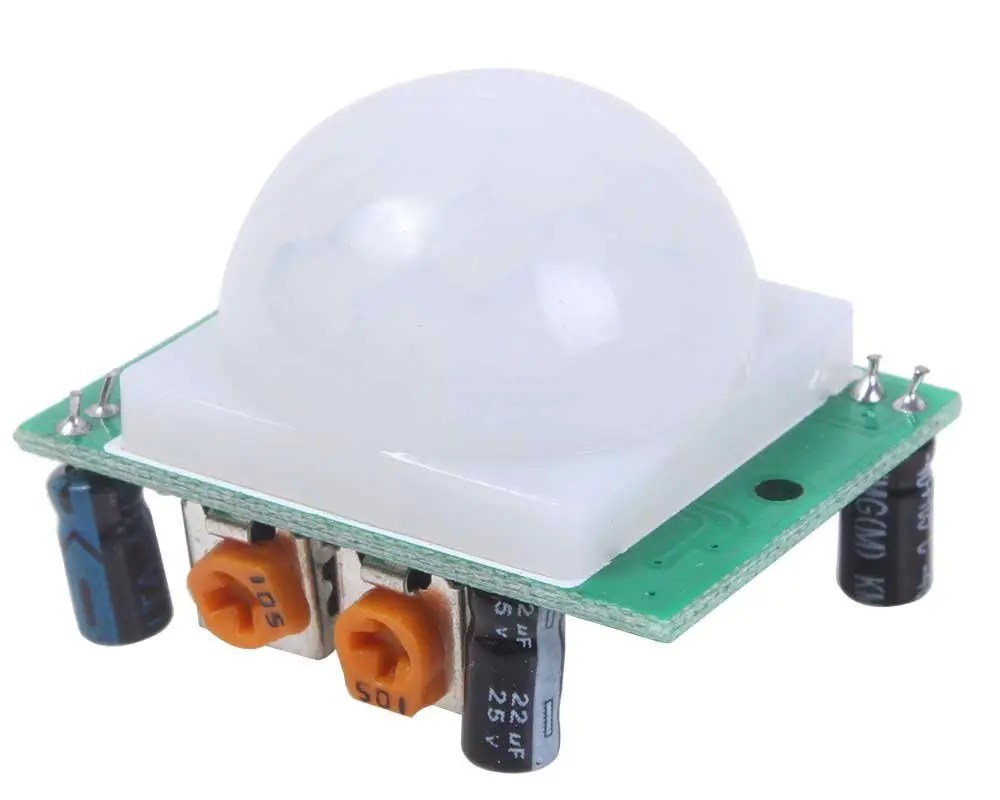 A device for pressure measurement of gases or liquids. Pressure is an expression of the force required to stop a fluid from expanding, and is usually stated in terms of force per unit area. A pressure sensor usually acts as a transducer; it generates a signal as a function of the pressure imposed. 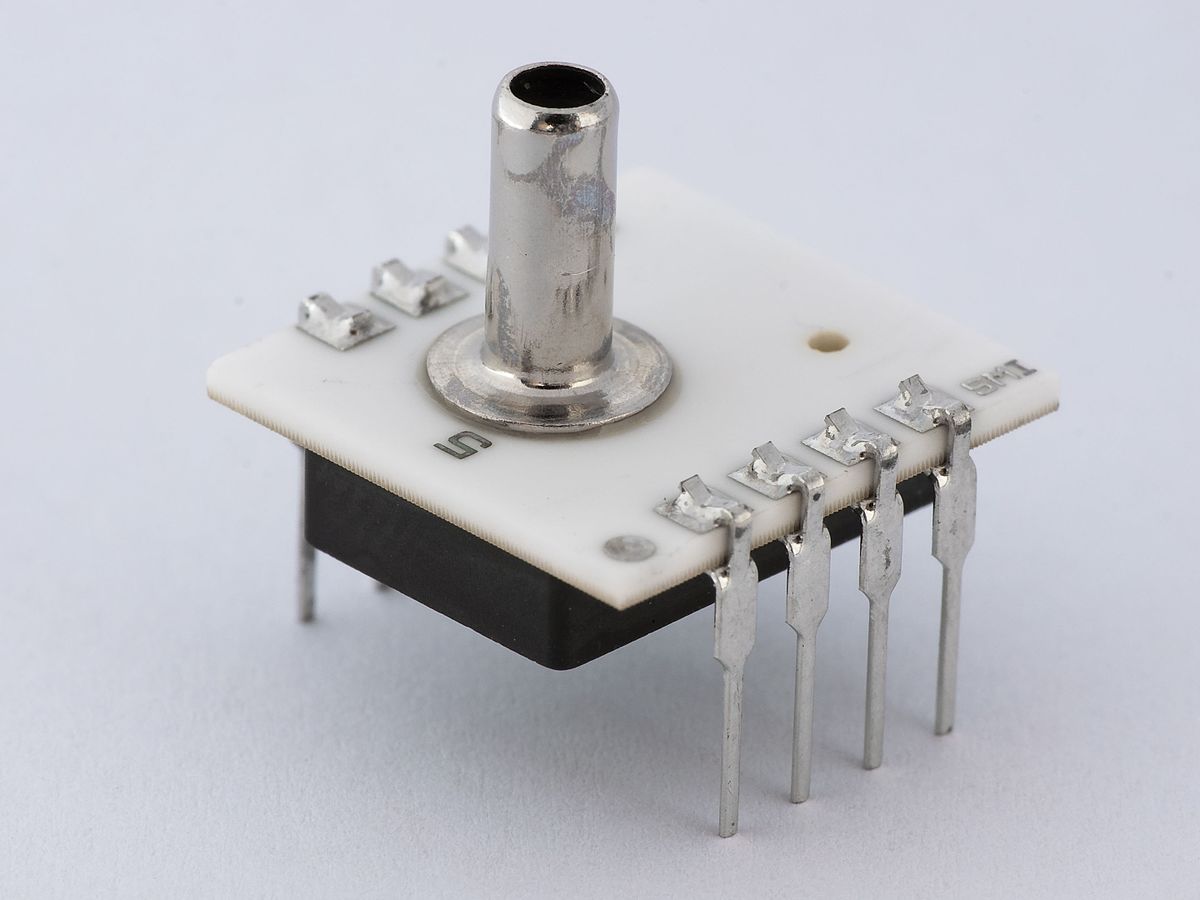 A device that measures information arising from physical interaction with its environment. Tactile sensors may be of different types including piezoresistive, piezoelectric, capacitive and elastoresistive sensors Examples: 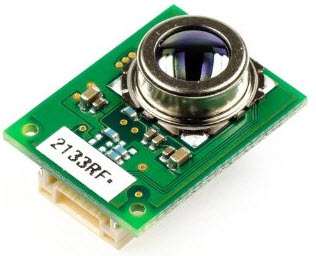 An Ultrasonic Sensor is a non-contact type device that can be used to measure distance as well as velocity of an object. An Ultrasonic Sensor works based on the properties of the sound waves with frequency greater than that of the human audible range. 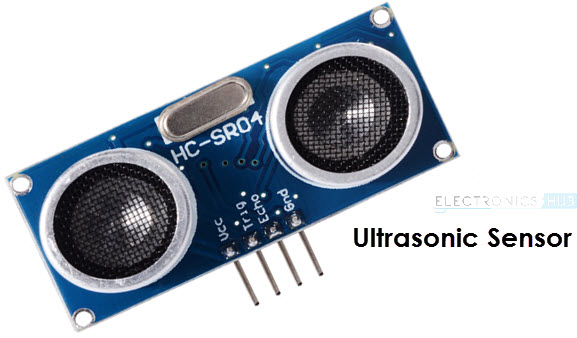 A potentiometer is a three-terminal resistor with a sliding or rotating contact that forms an adjustable voltage divider. If only two terminals are used, one end and the wiper, it acts as a variable resistor or rheostat. 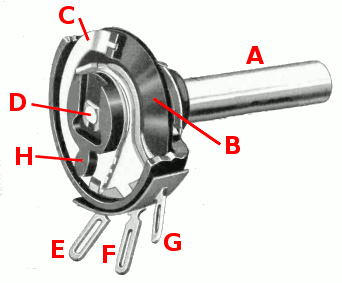 The basic concept of a breakout board is that is takes a single electrical component and makes it easy to use.

A breakout board “breaks out” these pins onto a printed circuit board that has its own pins that are spaced perfectly for a solderless breadboard, giving you easy access to use the integrated circuit.

There are all type of breakout boards – but most of them are for different types of sensors, for example: accelerometers, ultrasonic distance sensors, RFID tag sensors, temperature sensors, pressure sensors, and they even have seismic breakout boards for sensing dinosaurs’ footsteps! https://programmingelectronics.com/what-is-a-breakout-board-for-arduino/ 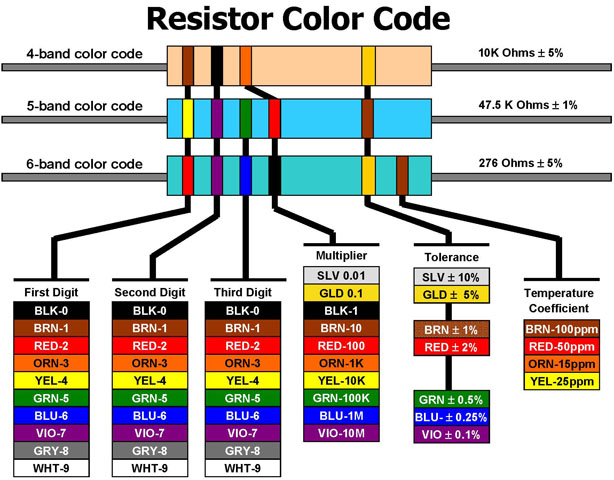