I initially wanted to emboss text on my glove model, but as it turns out that is very difficult to do (at least the way I wanted it to work). It should be possible to directly ‘draw’ onto the model though so that is something I may try out later. The following is a visual summary of my struggles with Blender.

After that I decided to manipulate my glove with another nice feature in Blender that Jules showed me. (…)

The first glove I printed was a pretty simple one, based off the glove model I made before (for glove molding). You can see in the picture below that the thumb and the area between the thumb and index finger aren’t properly printing. The overhang was too much, resulting in the filament to start drooping. 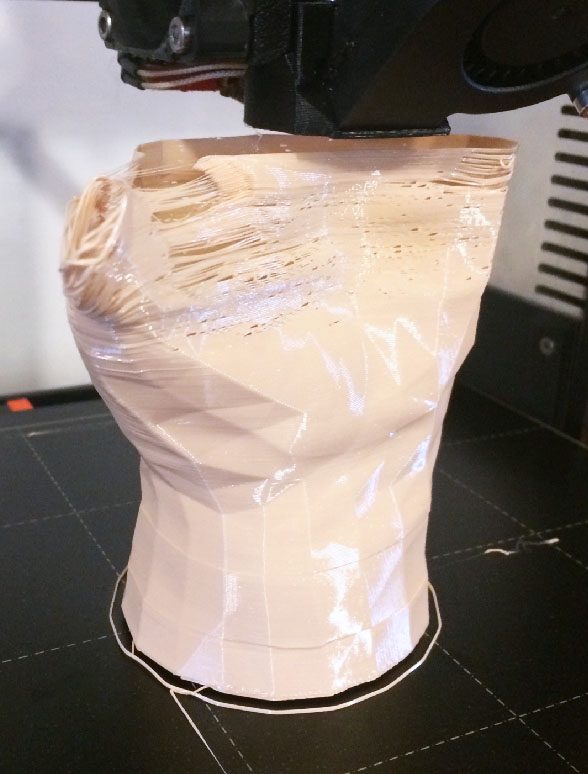 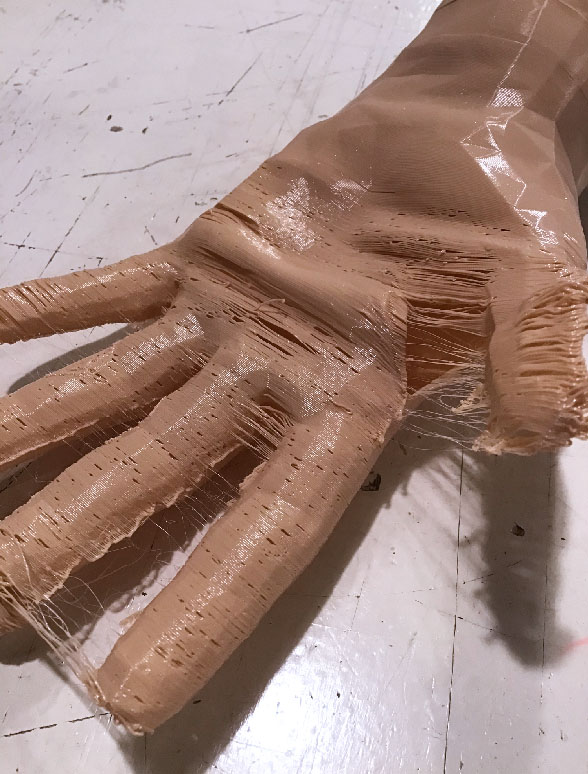 I scaled the model to 125% after this print since I could barely fit it (and I have small hands). 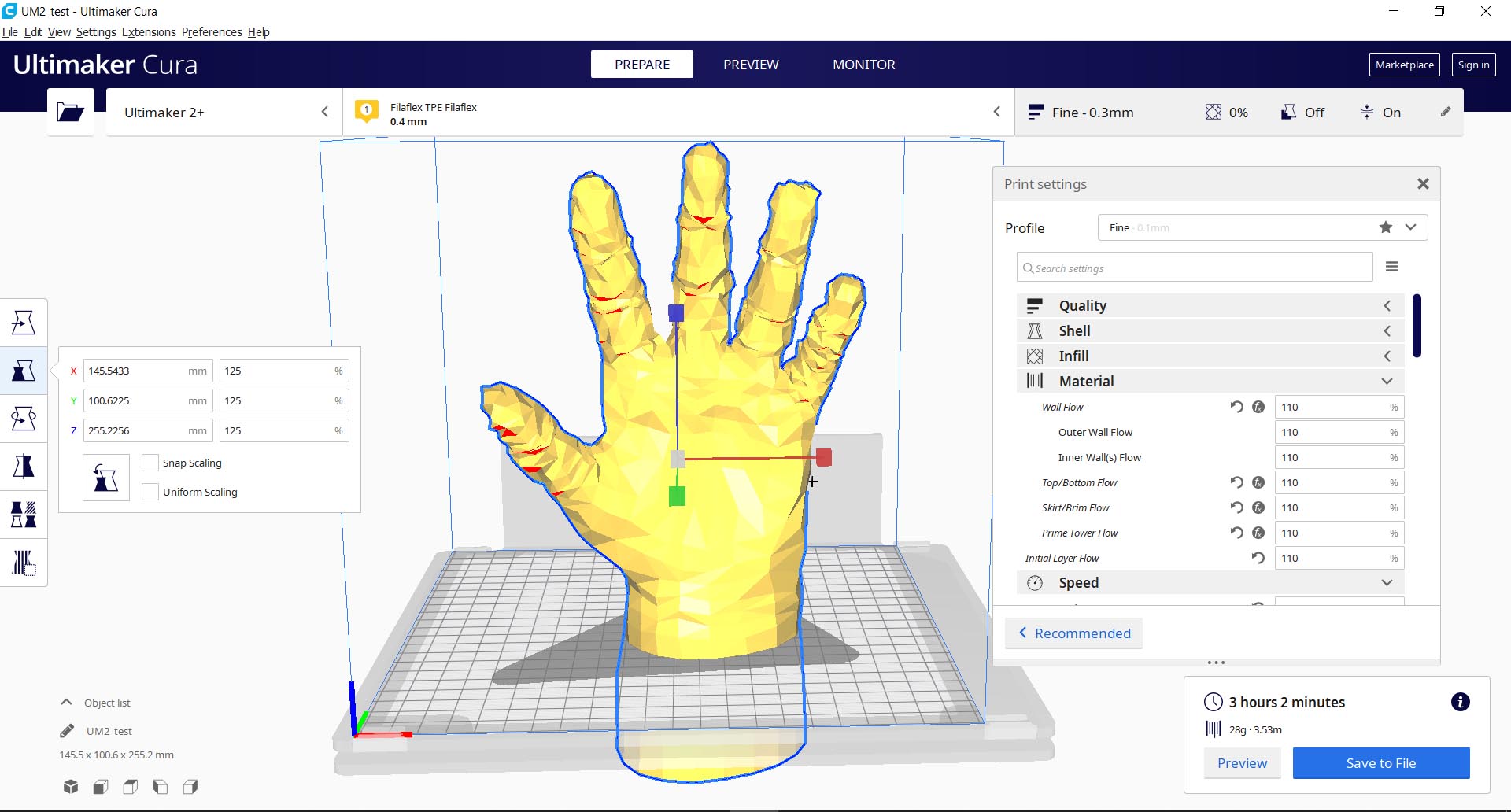 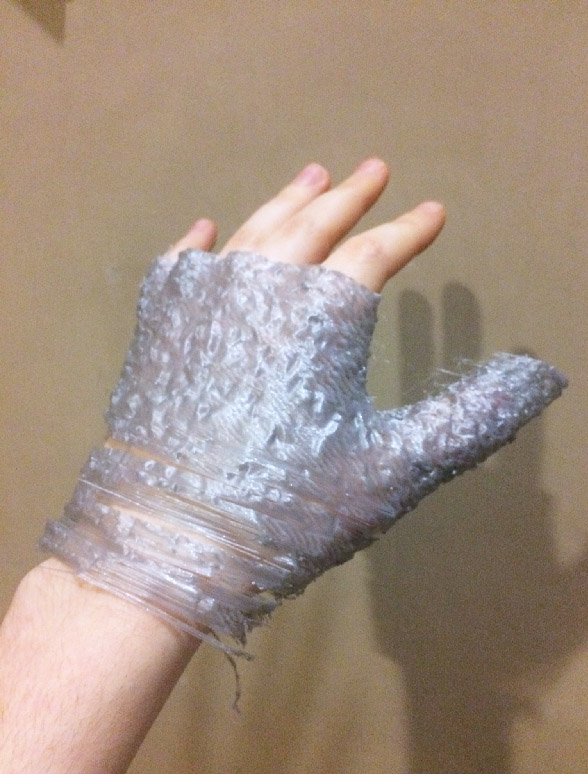 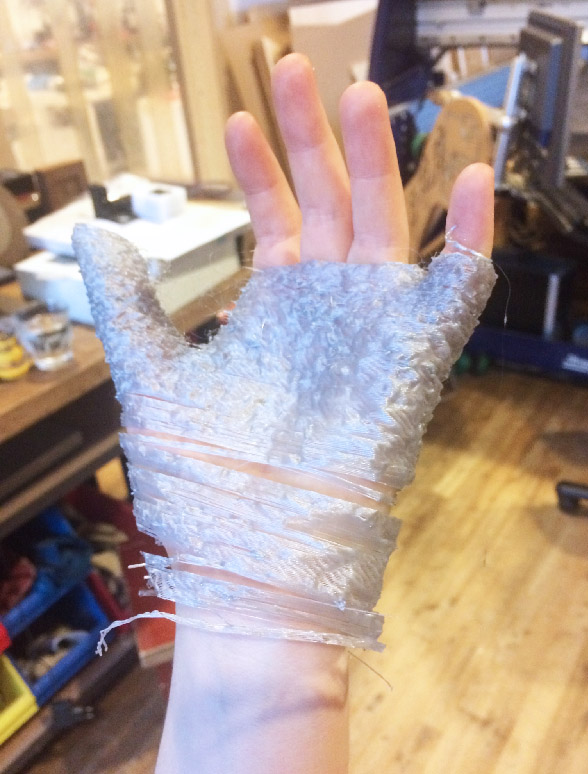 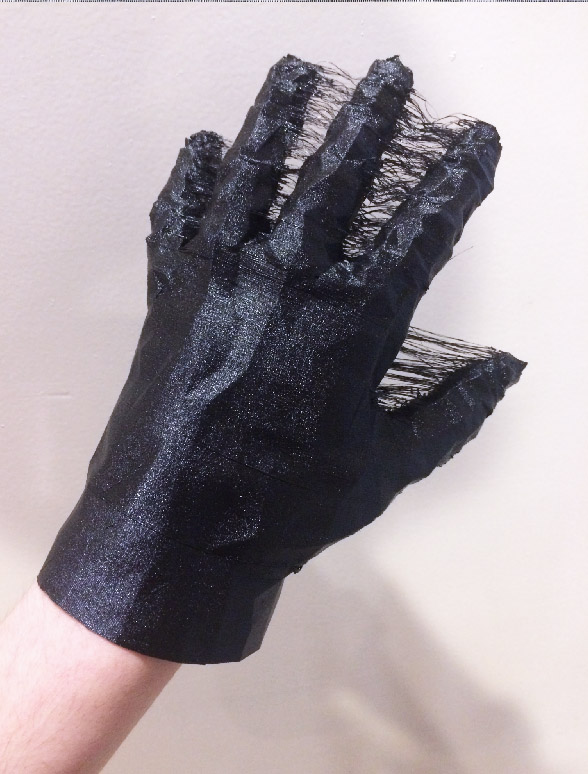 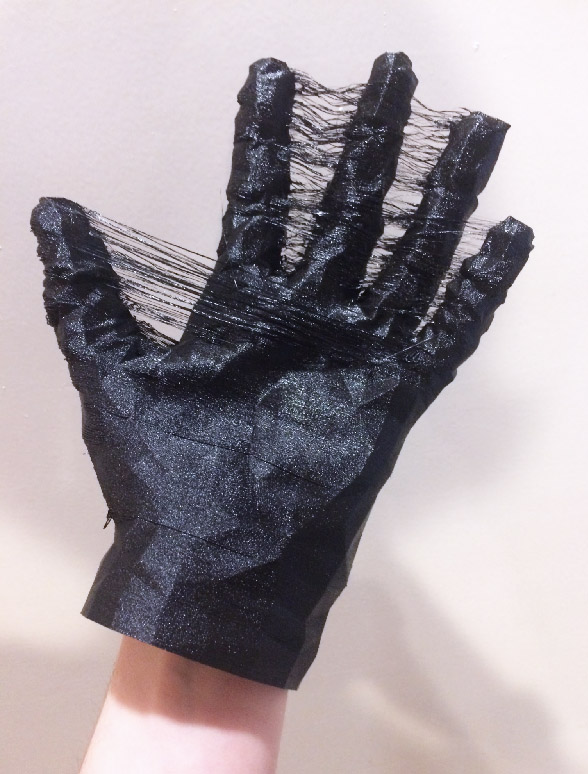