During this week students will be introduced to an overview of the field of electronic textiles, example works in the field as well as materials and technical developments that have made these projects possible. We will go into details on different techniques for making soft/flexible/fabric circuits. 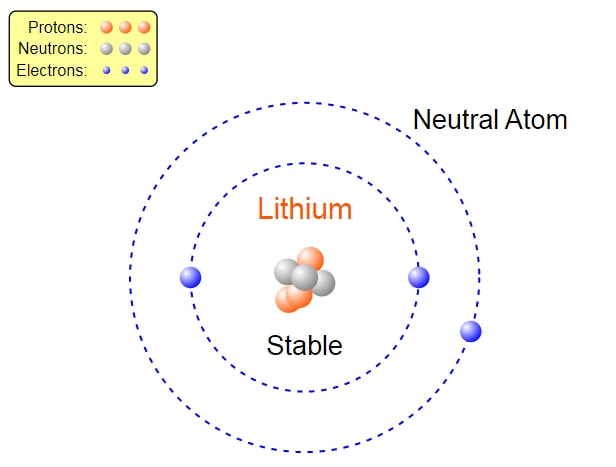 An LED has a cathode (-) and an anode (+). The short leg is the negative side, the long leg the positive. The optimal voltage for an LED is 3V (otherwise a risk of burning the LED), so when using a battery with a higher voltage you need to make use of resistors.

Lighting up an LED with a battery: 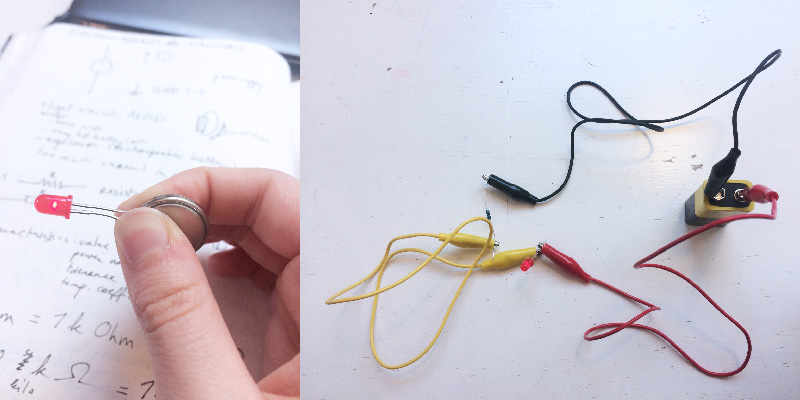 A breadboard is used for quick prototyping. You use jumper wires to connect the components. Use the + and - strips for power supply (this is a convention, it’s clearer). Connecting a battery to a breadboard:

Arduino is an open source microcontroller that can be used to execute code. For example, to blink an LED:

A sensor is a device, module, machine, or subsystem whose purpose is to detect events or changes in its environment and send the information to other electronics, frequently a computer processor.

Analog sensors: all values between min. and max.; GND-VCC

Any switch can be used as a digital sensor (open/closed):

Test with multimeter if it works: continuity mode (beeps when connected, signal/volume symbol). On the left a push switch, on the right a toggle switch:

An LDR (light dependent resistor; or photoresistor) is an analog sensor that decreases resistance with respect to receiving luminosity on the component’s sensitive surface. The resistance of an LDR decreases with increasing light intensity.

I used the following code (based on the built-in Blink example code) to let the LED blink when a button (push switch) is pressed:

You can also make your own resistors, switches and sensors. The following is an example of a knitted resistor, made with conductive yarns:

For more examples and tutorials check out kobakant.

I made a soft digital sensor that I integrated into an experimental design tool.

Final soft digital sensor, an on/off slide switch for an LED attached to a marker: