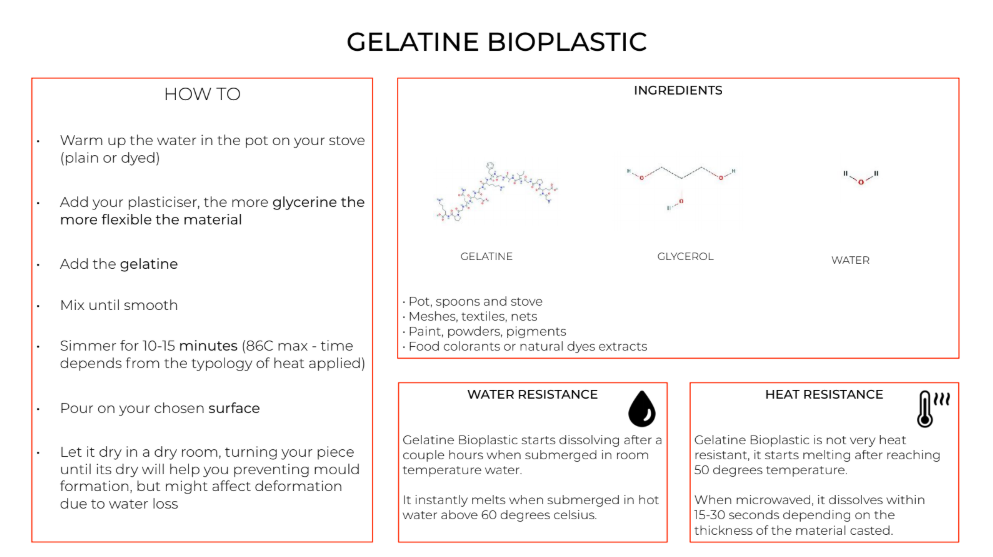 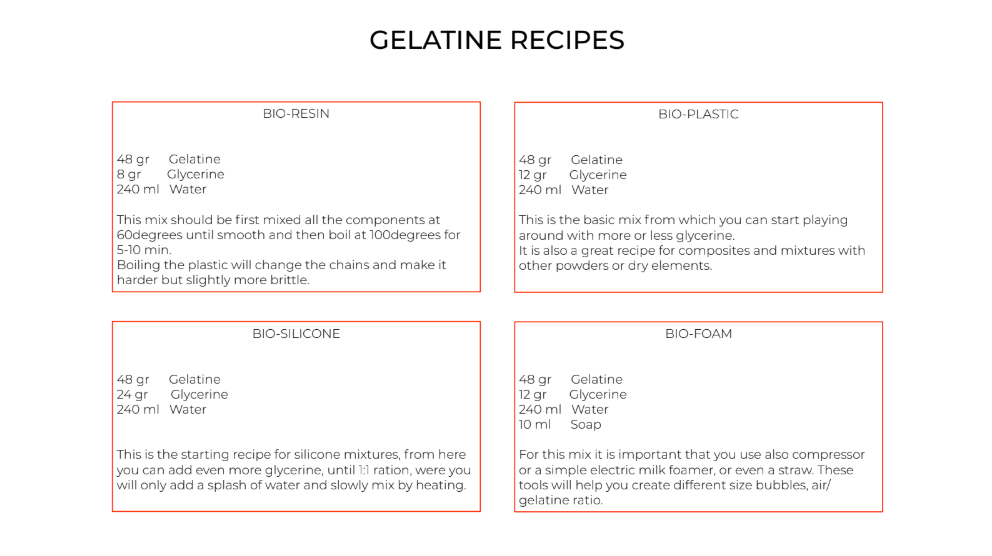 First we (Sarah and I) tried the bioresin recipe; we did not change anything about the amounts specified above. Note: do not stir too fast as you will get bubbles. When boiling, keep stirring so the mixture doesn’t get stuck to the pot. We boiled the mixture for 10 minutes; we probably started boiling a bit too soon since some of the gelatine seemed to stick to the bottom of the pot (we didn’t notice as we had bubbles from stirring too fast in the beginning). After boiling we kept stirring for a few minutes at 80 degrees celsius to let it thicken a bit more and to get rid of some of the bubbles. 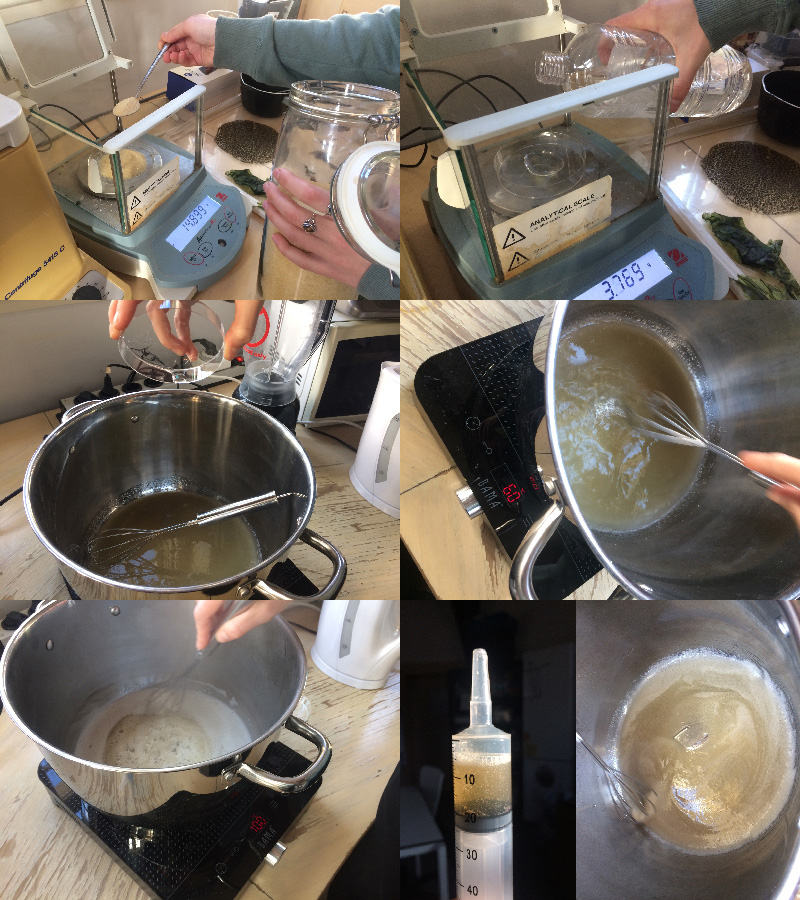 Here we added some blue food coloring to the mixture:

Here we mixed the bioresin with seaweed powder (made by Sarah from found seaweed on the beach): 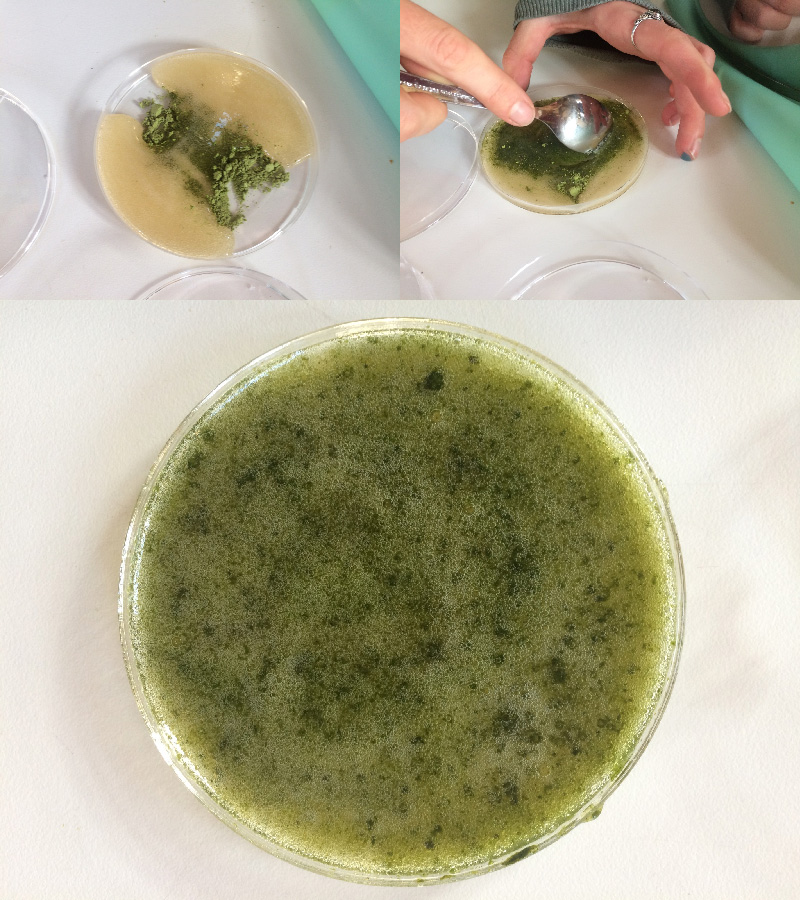 Trying to draw with a syringe: 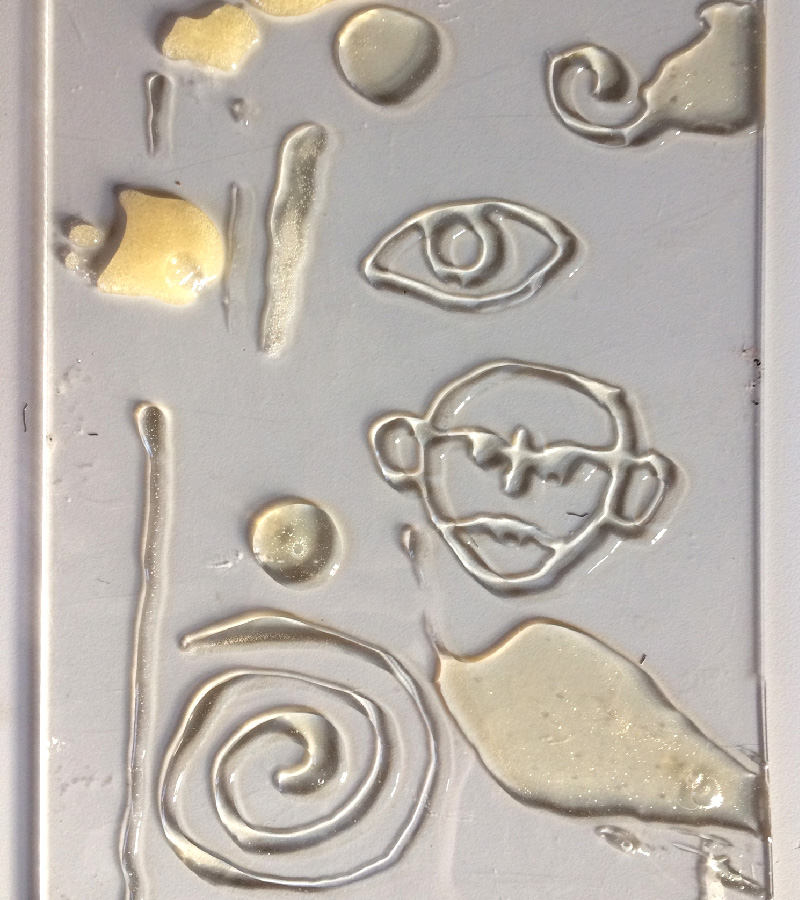 The bioresin after letting it dry for an hour is quite flexible: 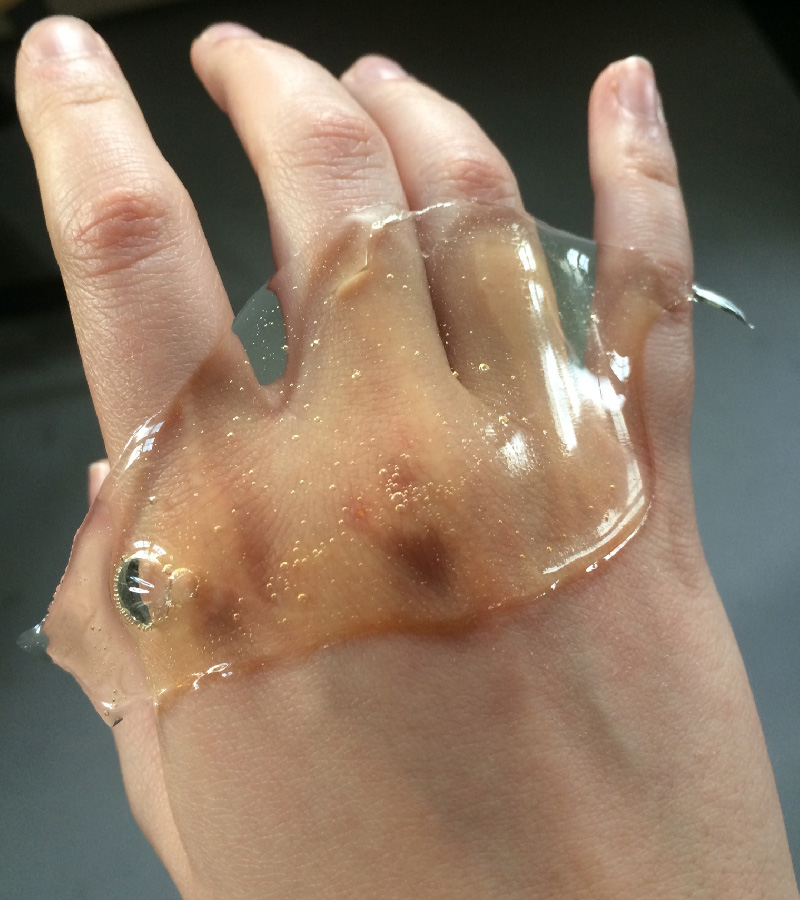 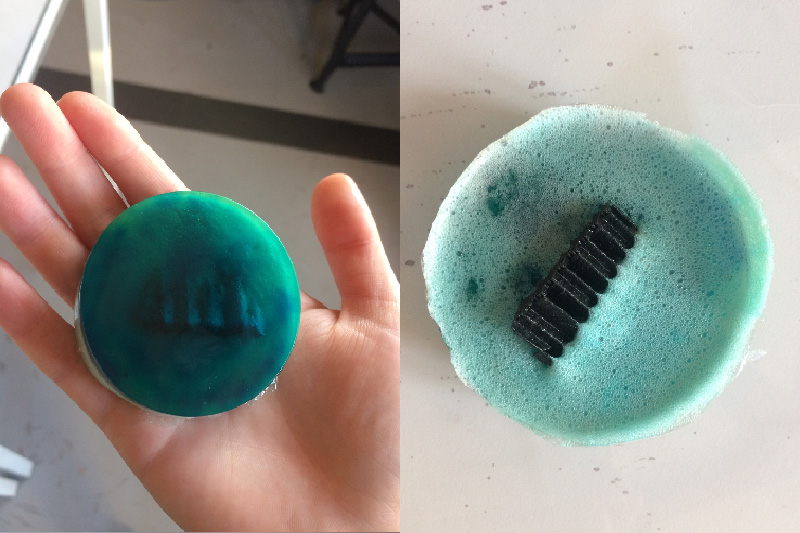 We made a second bioresin mixture using the same recipe but adding the seaweed powder in the pot already. Instead of casting it directly we used a sieve to filter out the bigger seaweed chunks. I also added some figures I 3D printed earlier. 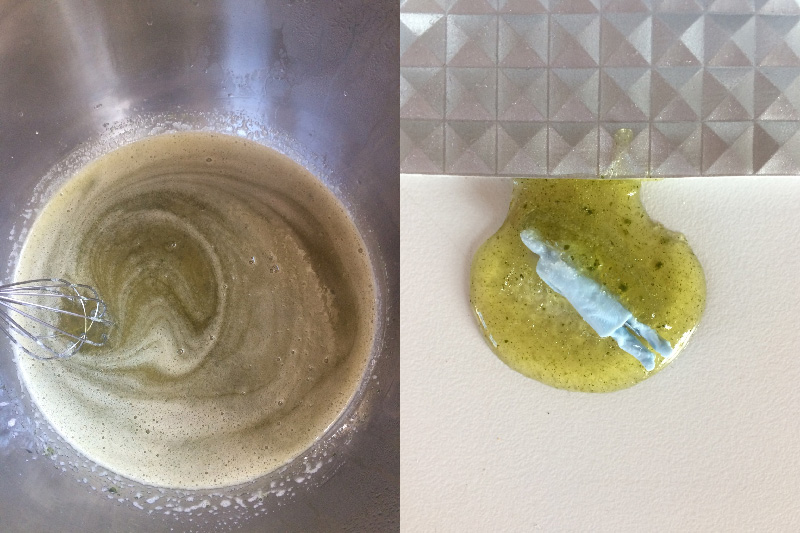 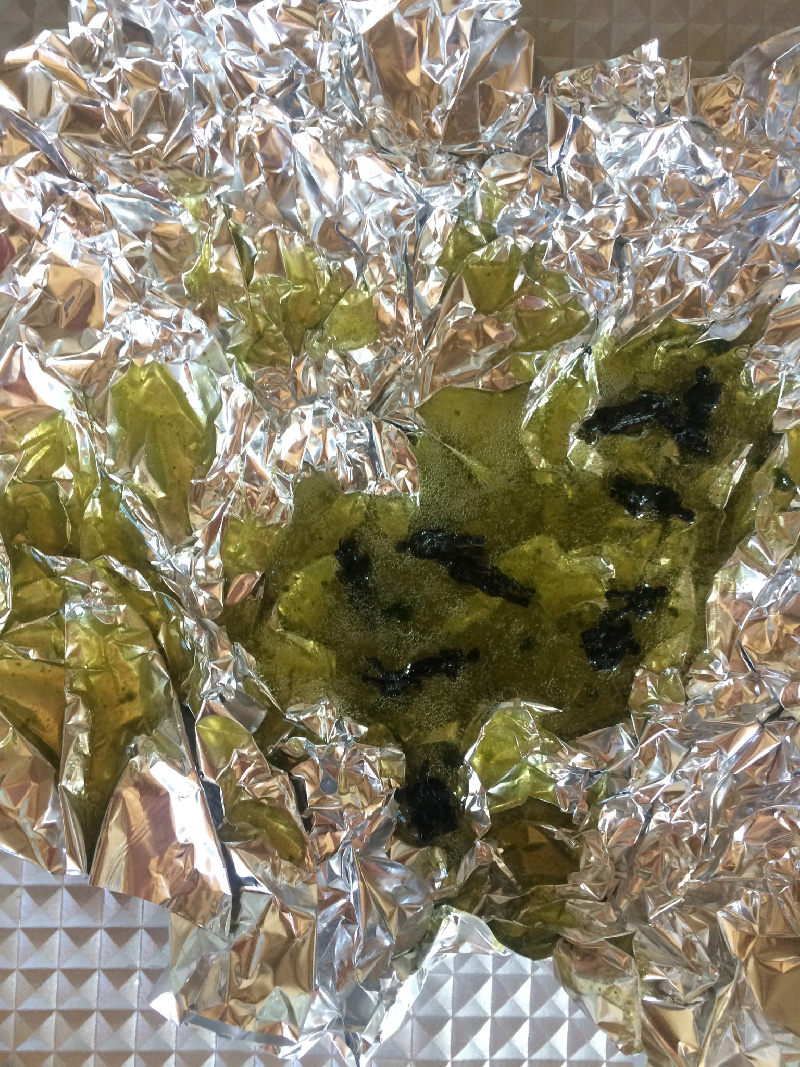 We doubled everything in the recipe above; to one half we added Sarah’s seaweed powder, to the other half we added 10 ml unicura handsoap (14 pumps) to make biofoam, and some natural ink (campeche, ‘blauwhout’) to give it a peachy color. 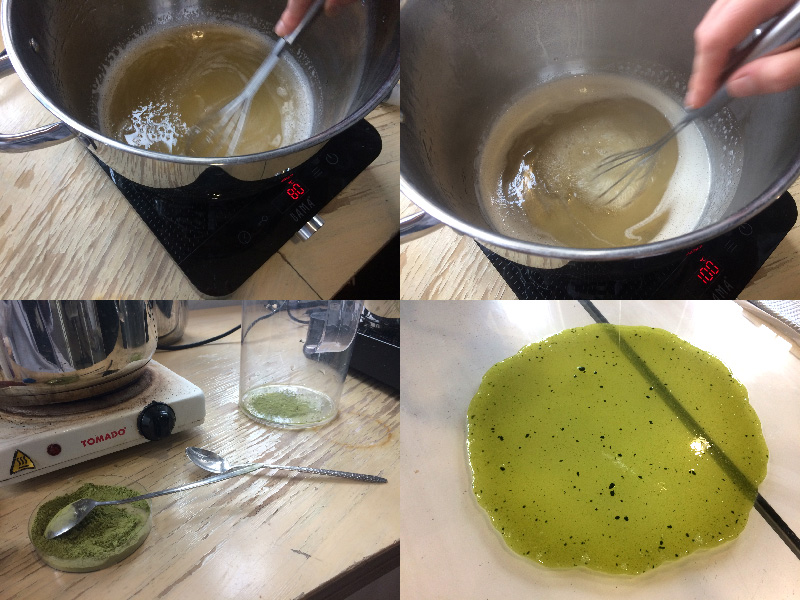 After 24 hours and fully dried (notice how irregular the material dries): 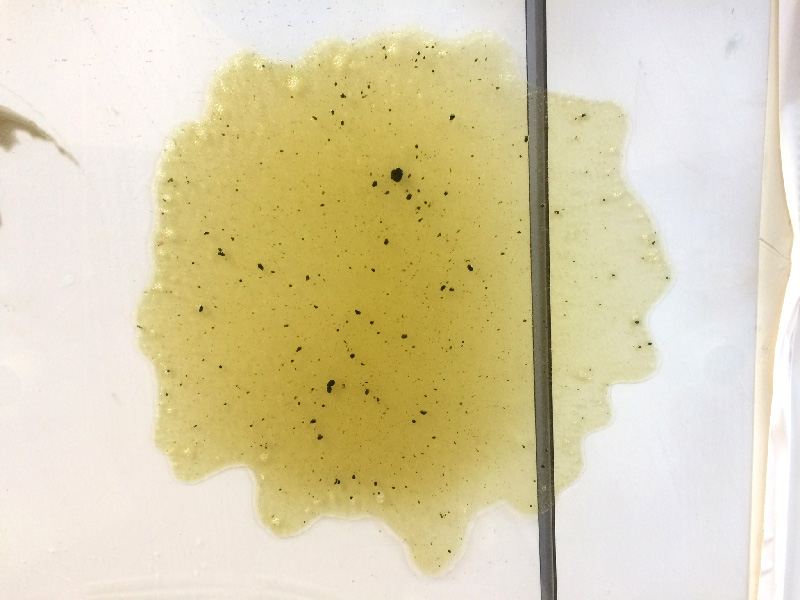 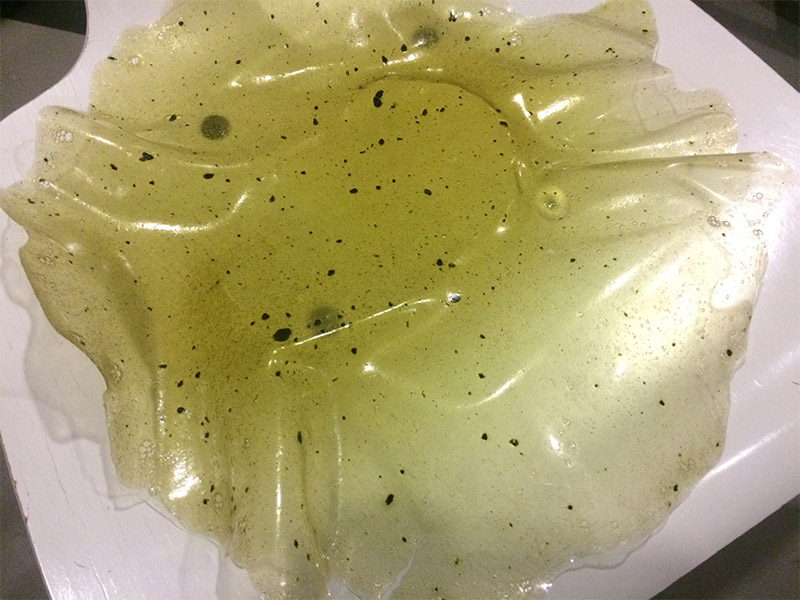 I also made a mixture with 10 grams of glycerine, 48 grams of gelatine and 240 ml of water, and a campeche/copper dye hoping this will turn into a bioplastic/resin resembling amber. 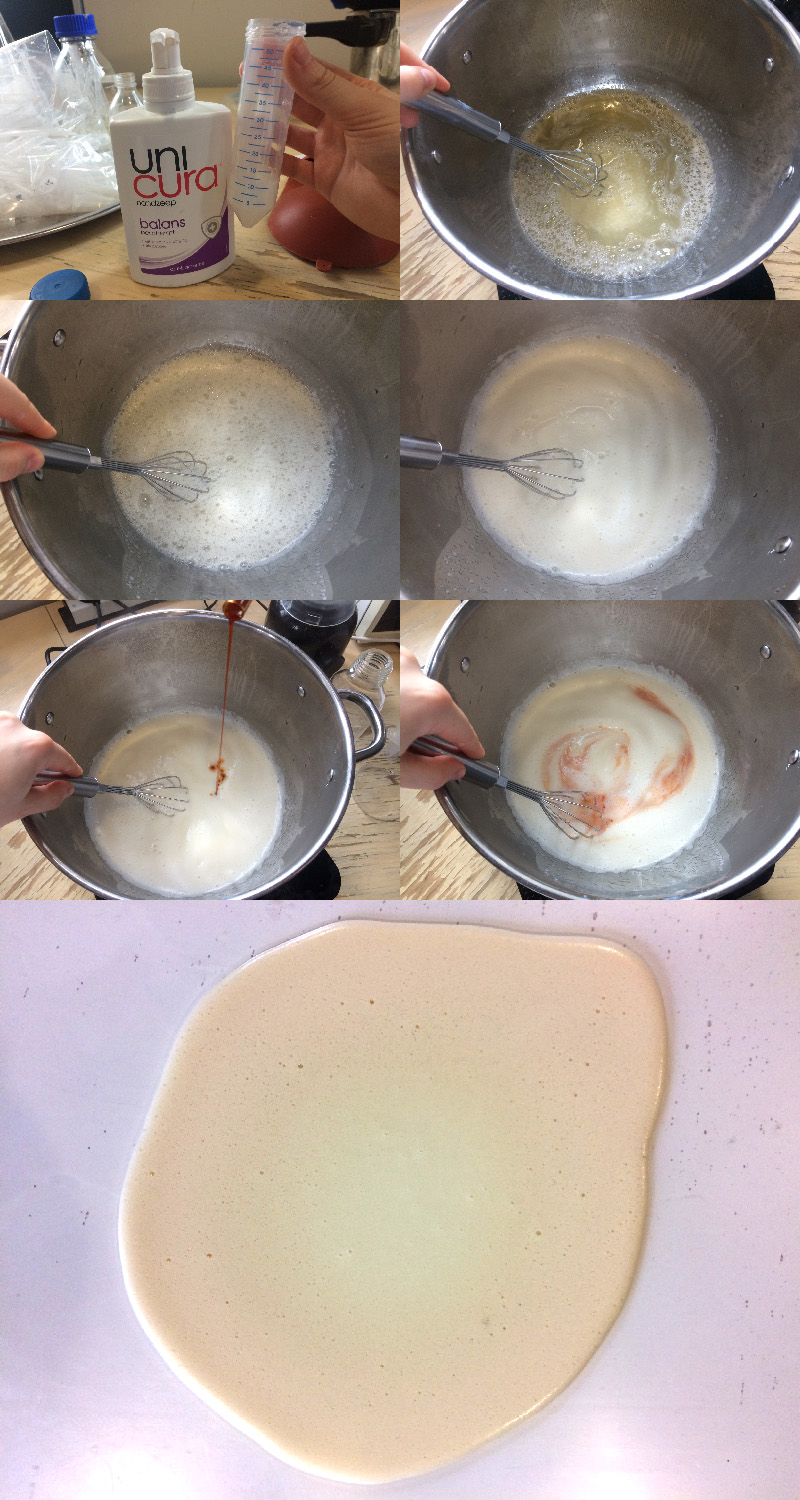 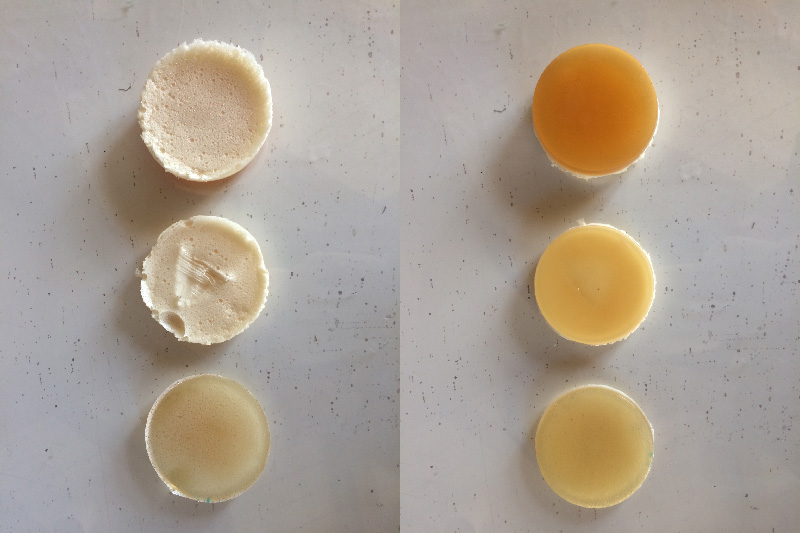