The second batch of gemstones I wanted to make with molds of actual gemstones, to see if they keep the shape of the stone. For the molds I used Plasticine (modelling clay made from calcium salts, petroleum jelly and aliphatic acids) because it doesn’t dry, making it possible to easily remove and reuse the mold once the gemstone has dried.

I colored the gelatine bioresin with alkanet dye. I used two tablespoons of dye to get a deep purple reminiscent of amethyst.

Some of the gemstones deformed slightly while removing the molds because the gelatine was still a bit wet. Drying made them change even more. The longer bits are residue scraped from the pan, and with some of the leftover gelatine I filled a few petridishes. 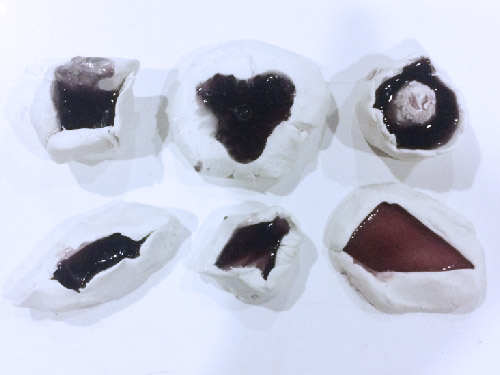 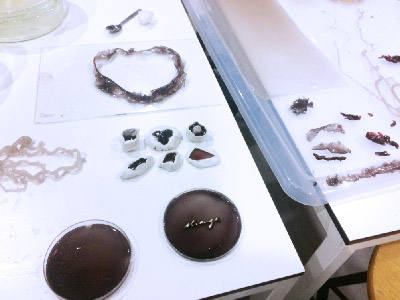 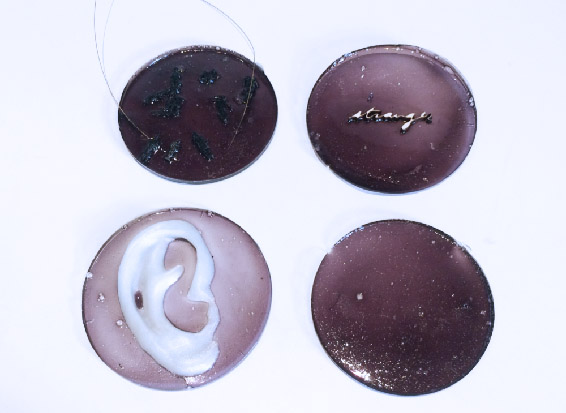 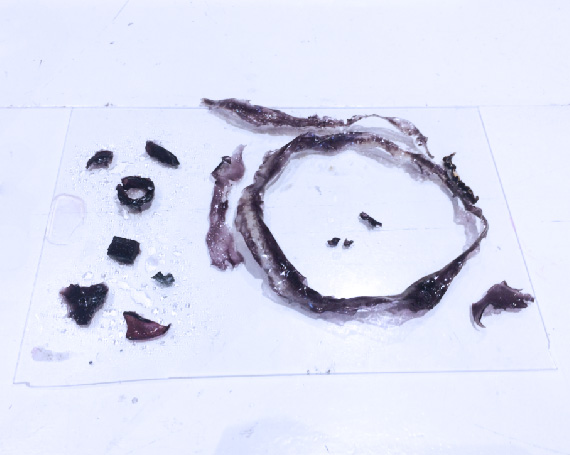 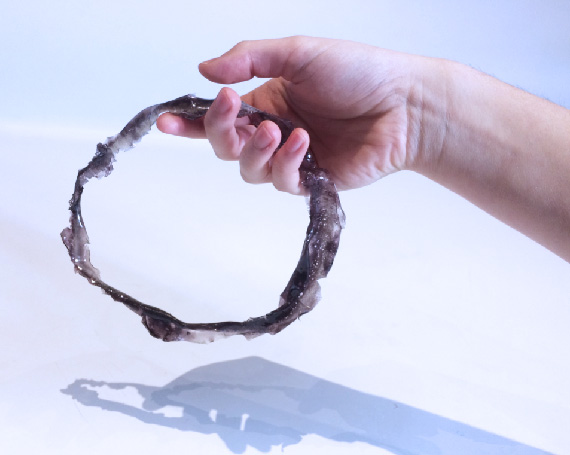 The fully dried molded gemstones still look similar to the molds but nothing like the original stones. That isn’t really a bad thing since all stones are different anyway, but making geometric shapes is not possible since the material deforms a lot after leaving the mold because the water on the inside of the mold also has to evaporate. An option could be leaving them in the mold for a longer period of time. I didn’t take out the bioresin mixture I poured in the petridishes and they kept the shape of the petridish. 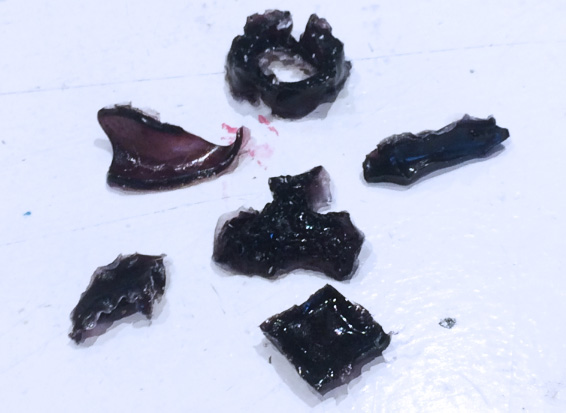 I also made some molds with aluminium foil again, this time removing all of the foil while the plastic was still moist so it wouldn’t stick. I added 3d printed objects again for the insect-in-amber effect. 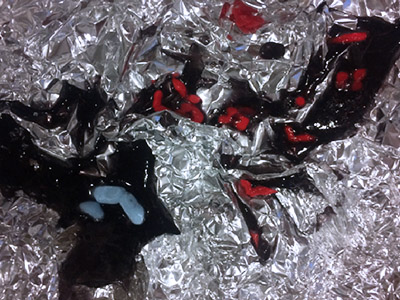 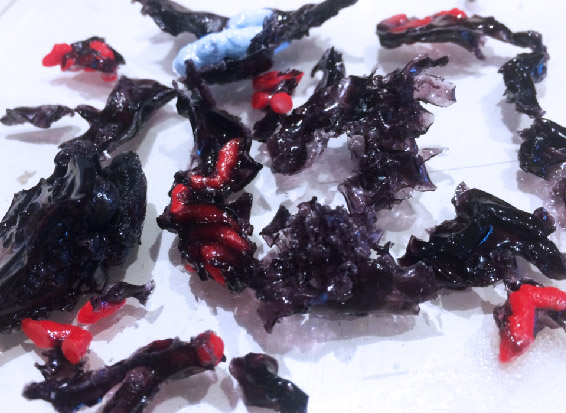 Fully dried they look like this (the pink gemstones are alginate bioplastic ones from earlier): 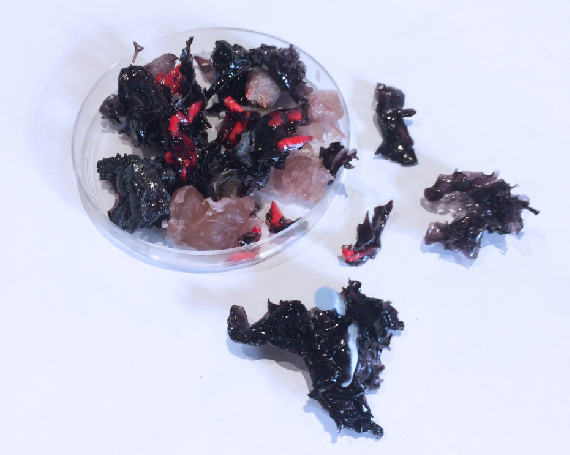