My first attempt failed miserably, because I used cling film to cover the mold. Of course the mixture cannot go between the fingers if there is plastic covering it so that was a bit stupid. Once the alginate started reacting with the calcium chloride sprayed on it, holes started forming because there was not enough of the mixture on the mold. At that point I just removed it from the mold because it didn’t look very promising. 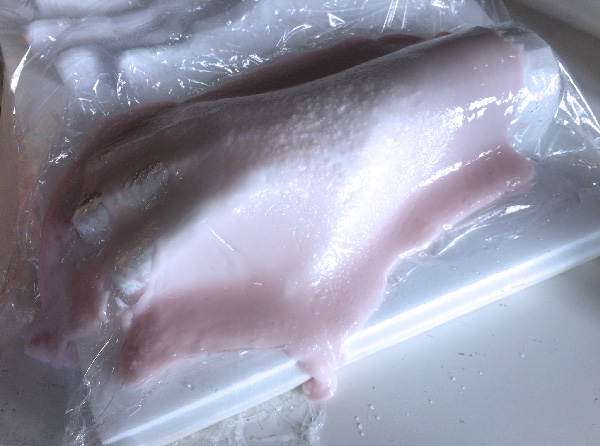 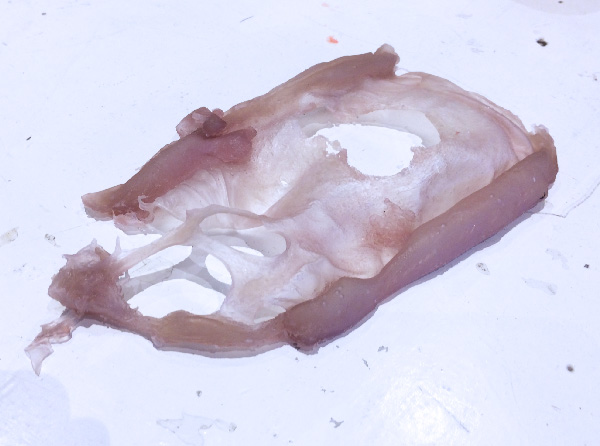 To make sure I could cast directly on the mold without the risk of the plastic getting stuck on the foam, I coated it with exterior primer and lacquer (this one and this one). I then made a second attempt at casting without fabric on the mold, but the biggest issue is gravity. The mixture forms puddles between the fingers and doesn’t really want to keep the shape of the fingers, especially when sprayed. 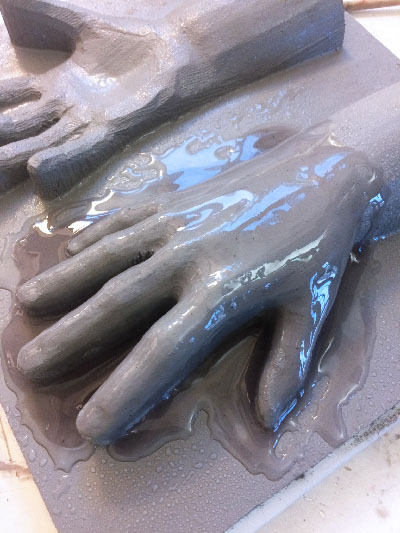 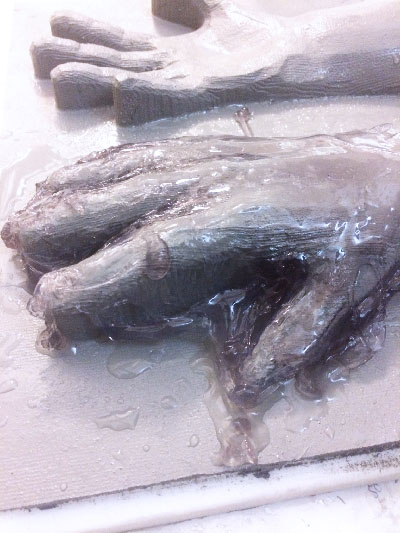 I cast two layers directly on the mold while spraying in between the two layers, but this doesn’t work well because the second layer will react with the first layer’s calcium chloride, so you just end up with two sheets that are loosely sticking together in a few places. 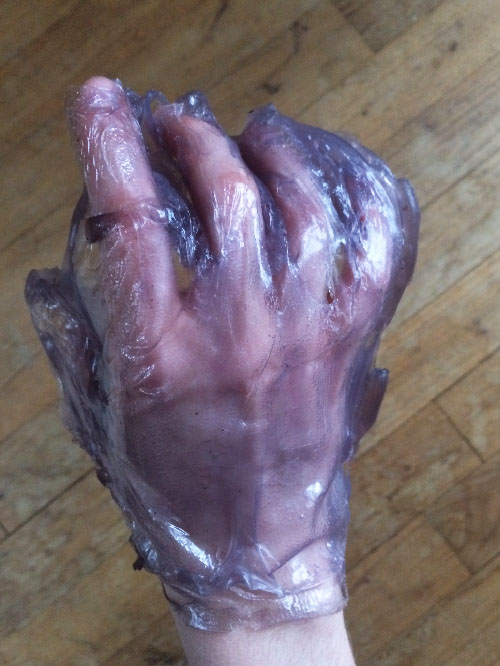 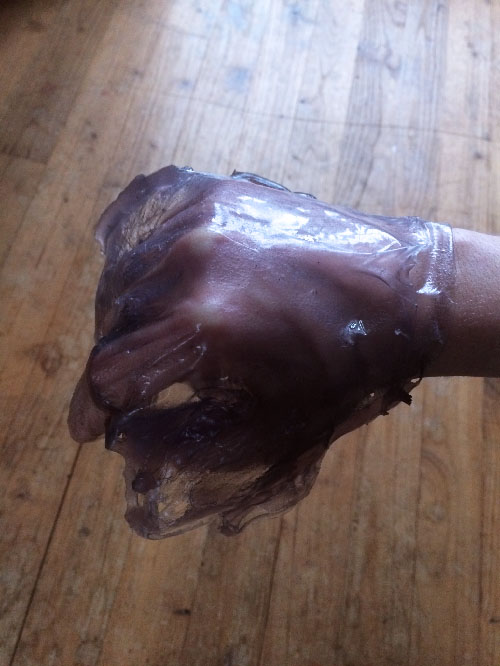 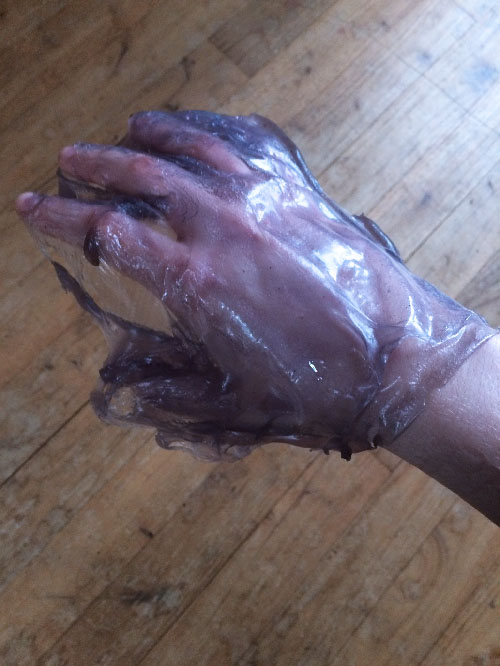 At first I thought it would still keep the shape, but I removed it from the mold to let it dry which was a mistake, as it completely flattened.

After that I pinned fabric to the mold and painted instead of cast it directly on the fabric. 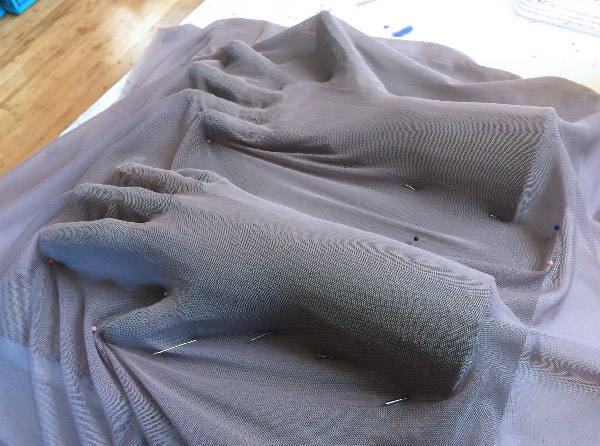 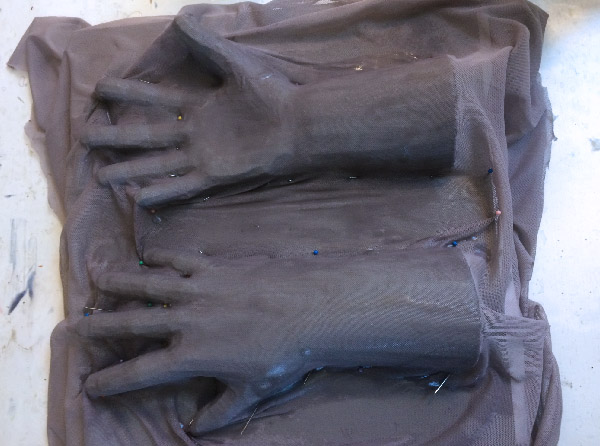 Painting instead of casting got rid of some of the issues like puddle forming, but you do see the brush strokes and it looks a bit messy. 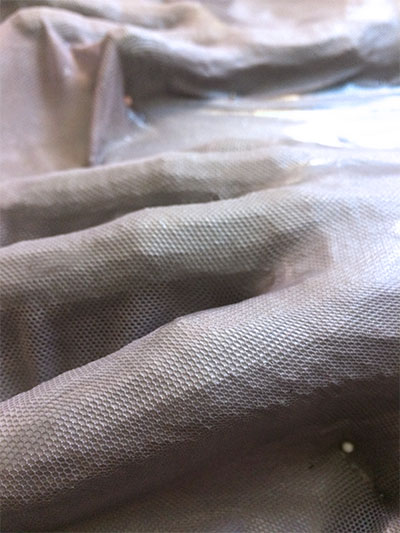 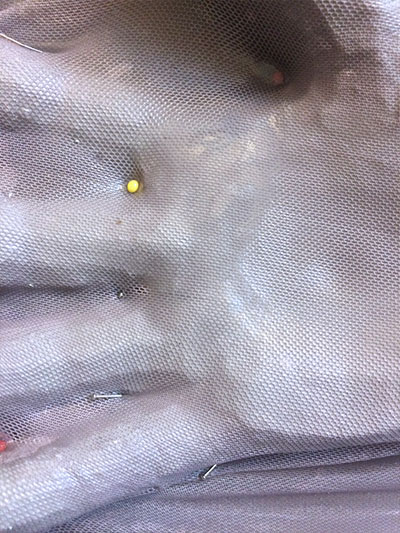 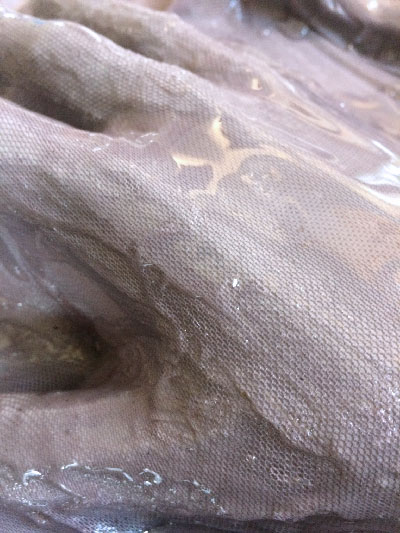 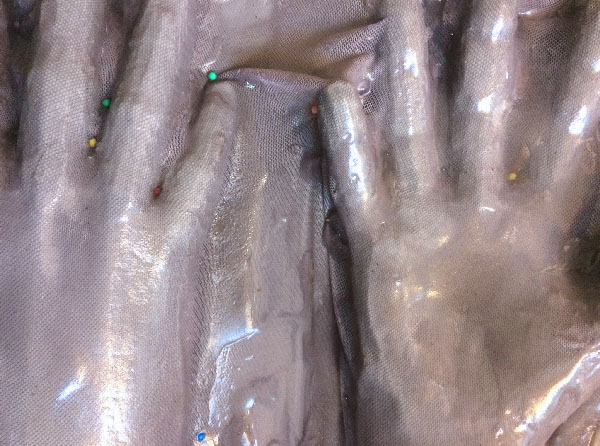 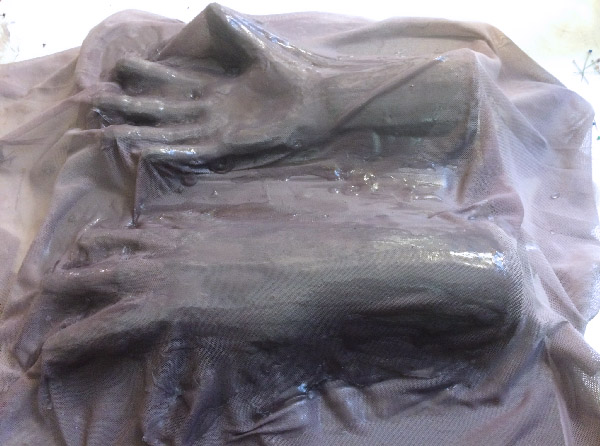 Drying the glove (on the right is after 24 hours): 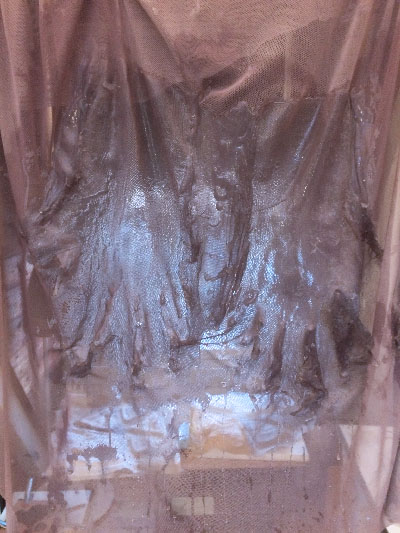 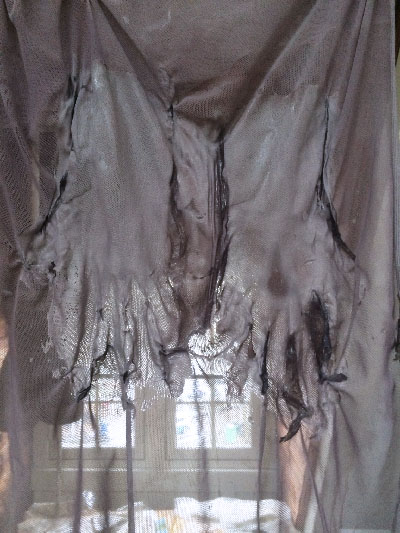 Once fully dried, this version has a bit more of a three dimensional shape compared to the previous two attempts, but it’s still pretty flat, and there is still too much residue between the fingers.

My conclusion is that alginate bioplastic is too flexible and shrinks too much for this to work.

Since bioplastic didn’t work I had to try something else so my next attempt was with Paverpol. This actually worked pretty well (with varying levels of success) since it doesn’t shrink and you just need to paint it on top of the fabric, no other preparation needed. 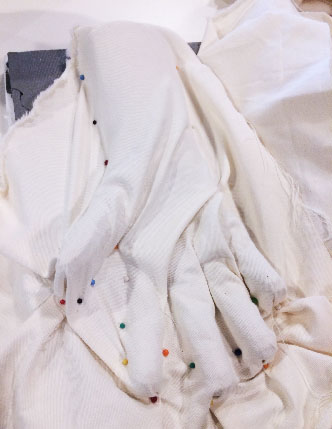 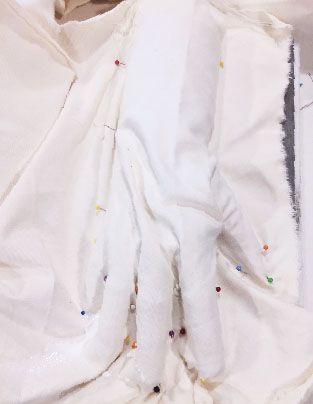 Polyester jersey works very well; coated fabric not so much since the fabric doesn’t absorb the textile hardener. It still kept a bit of the shape since the Paverpol dried as a layer on top of the coating. 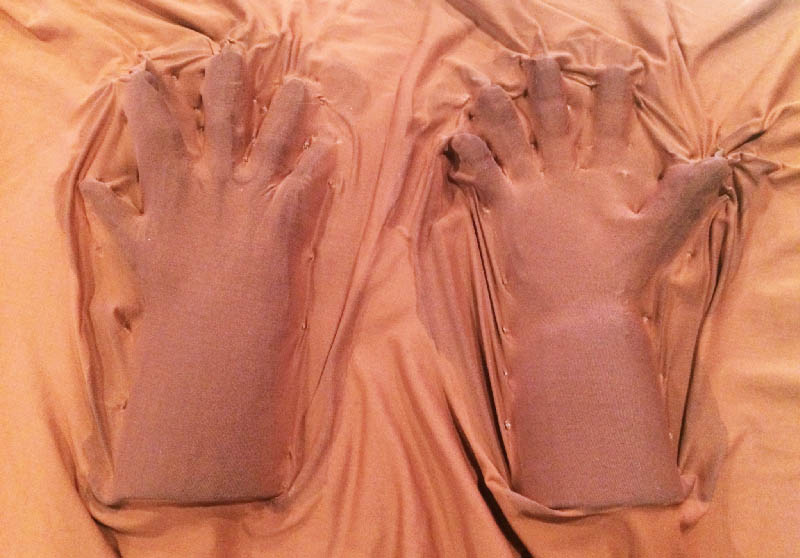